The Legacy of Elvis Presley 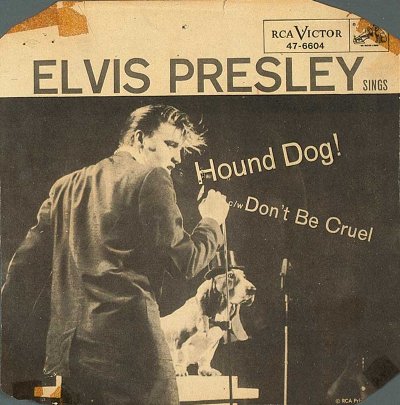 From his early career until today, Elvis Presley continues to fascinate generations of fans.

Although Elvis Presley died in 1977, his name, music, and image have sustained the public's attention. The period after his death has been marked by controversy, acclaim, ridicule, and commercialism: Officials debated the role of drugs in his death, music organizations honored his accomplishments, the media ridiculed the fans, and profiteers made money from it all. From the pits of tabloid headlines to the peaks of awards and honors, Elvis continued to make news. Death was not the end of Elvis Presley's career, it simply marked another phase.

To commemorate Elvis on the 25th anniversary of his death, RCA released a compilation of his No.1 records titled ELV1S: 30 #1 Hits. The marketing campaign was designed around the tag line: "Before anyone did anything, Elvis did everything." A clever bit of phrasing, the line succinctly summarized Elvis' contribution to pop culture history while evoking the dynamism of his sound and the danger of his original image.

The world needed to be reminded of this -- and it was. ELV1S: 30 #1 Hits rocketed to No. 1 when it debuted, selling 500,000 copies in its first week of release. Debuting an album in the top spot on the U.S. charts was an accomplishment Elvis had not managed while he was alive. In addition to America, ELV1S: 30 #1 Hits opened at No. 1 in 16 other countries, including Canada, France, the United Kingdom, Argentina, and the United Arab Emirates.

Marketing strategy aside, it was the music that accounted for the CD's success. Arranged in chronological order, the compilation of hits covered Elvis' entire career at RCA -- from "Heartbreak Hotel" in 1956 to "Way Down" in 1977. All the songs reached No. 1 on the charts at the time of their original release, either in the United States or the United Kingdom. This fact softens the accusation by rock music historians who claim that Elvis' music went into severe decline during the last few years of his life. His health and career may have suffered, and his sound was no longer rock 'n' roll, but his music was still vital to large portions of the audience.

This could also be said for today's audiences. As a last-minute addition to ELV1S: 30 #1 Hits, the producers included a remix of "A Little Less Conversation," a song Elvis originally recorded for the soundtrack of Live a Little, Love a Little. Its reworking had been done in early 2002 by Dutch deejay act Junkie XL for a Nike World Cup commercial, but when it was released as a dance-mix single, it became Elvis' first Top Ten single in decades. "A Little Less Conversation" was billed as a bonus track, keeping it separate in concept from the rest of the cuts on the CD.

The team of Ernst Jorgensen and Roger Semon compiled and researched the tracks on ELV1S: 30 #1 Hits. Jorgensen and Semon of BMG (which now owns RCA) have researched the Presley song catalog for several years, working hard to restore and repackage his music to its former glory. A group of expert engineers and mixers was hired to optimize the sound in ways that remained true to the original recordings, a difficult assignment considering the condition of the original tapes.

Stashed away at RCA's storage facilities in Iron Mountain, Pennsylvania, some of the original tapes had not been played in more than 40 years. Most were deteriorated to some degree, and the first goal was to transfer them onto a digital format for remixing or remastering. Some, including the tape for "Way Down," were in such bad condition they had to be baked in an oven to prevent the oxide from falling off the tape.

The songs from 1956 to 1961 had been recorded on a monaural (mono) system and could not be remixed, only remastered. The ones from 1961 to 1966 had been recorded on a three-track recording system and required an antique three-track machine to help in the remixing process. Only a few of these machines still exist, and the one the remixing team used tended to overheat, further aggravating the process.

Later tunes had been recorded on eight tracks, 16 tracks, and even 24 tracks, which were considerably easier to remix. However, the goal was to produce a uniform quality in all the tracks and to ensure that the quality remained whether the CD was played on a home stereo, a computer, or a car stereo. The efforts of these engineers and remixers resulted in a modernization that restores the songs' vitality yet does not detract from Elvis' renditions of the songs.

The energy in Elvis' recordings comes in part from the way he worked in the studio. When Elvis entered the studio, he took down the partitions between performer and musician, so he was in the same room as the band. They warmed up by singing a few gospel songs or other tunes, then got down to selecting whatever songs had been brought in by the band, the Memphis Mafia, the Colonel, or anyone who had a suggestion.

Elvis sang each take of a song completely through, as if it was a performance before an audience. Each take was enlivened or ruined by interaction between Elvis and the band, a kind of trial-and-error approach that thrived on instinct and spontaneity. Sometimes he moved along with the music in a way that inspired the band to do something a bit different on some takes or hone in on what had worked well in previous takes.

All decisions regarding a song were made in the studio during the session, not beforehand. In this way, Elvis was the producer of his work, relying on the immediacy of perfor­mance to dictate the recording. He did not generally overdub, nor did he splice together various takes of a song to get a perfect "studio version." The expert remixing and remastering of the songs on ELV1S: 30 #1 Hits captures the vitality of Elvis' unique approach to recording, one he never abandoned for easier, more technically driven methods.

The astounding success of ELV1S: 30 #1 Hits in 2002 steered the spotlight away from the rumors, the mass merchandising, and the antics of the fans in that all-important 25th-anniversary year toward something more significant -- his recordings.

The story of Elvis' music in the post-death period has not always had such a happy ending. To follow the story as a new generation is exposed to Elvis' music, see the next section.