by Susan Doll
Next 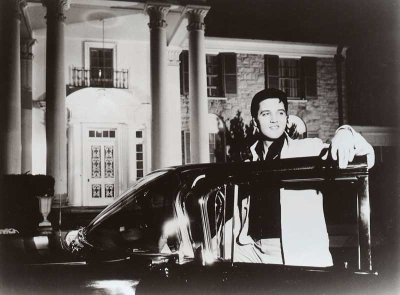 Elvis Presley's honesty in the press helped him overcome negative stereotypes that he was a bad influence on America's youth. See more Elvis pictures.

Though always impeccably polite, Elvis Presley never shied away from being frank with the press. His refreshing honesty and sincere appreciation for his fame and fans gave him a connection with everyone who heard or read his quotes. Below are a few classic Elvis Presley quotes that capture the spirit and humor of the legendary star.

"Why buy a cow when you can get milk through the fence?"

"The colored folks been singing it and playing it just like I'm doin' now, man, for more years than I know. They played it like that in the shanties and juke joints and nobody paid it no mind 'til I goose it up. I got it from them. Down in Tupelo, Mississippi, I used to hear old Arthur Crudup bang his box the way I do now, and I said if I ever got to the place I could feel all old Arthur felt, I'd be a music man like nobody ever saw."

"I lose myself in my singing. Maybe it's my early training singing gospel hymns. I'm limp as a rag, worn out when a show's over."

Wally George: "When will you write more songs?"

George: "What about your guitar?"

Elvis: "It's the greatest ever, mainly because it's all I can do."

"She was the most wonderful mother anyone could ever have. She was always so kind and good."

"Is it another of those highness deals?"

upon preparing to meet a group of Scandanavian princesses, Life, May 1960

Elvis Presley is relaxed in a rehearsal that was filmed for the documentary Elvis -- That's the Way It Is.

"I don't regard money or position as important. But I can never forget the longing to be someone. I guess if you are poor, you always think bigger and want more than those who have everything when they are born."

"... the trouble is, when a fellow is by himself and starts thinking, the sad things are always stronger in his memory than the happy things."

"I get tired of playing a guy who gets into a fight, then starts singing to the guy he's just beat up."

commenting on his movie career, "Return of the Pelvis," Newsweek, August 11, 1969

from the documentary Elvis on Tour, 1972

Q: "Elvis, are you satisfied with your image?"

"Since I was two years old, all I knew was gospel music. That music became such a part of my life it was as natural as dancing. A way to escape from the problems. And my way of release."

"[Clothes] say things about you that you can't, sometimes."

reprinted in The World According to Elvis, 1992

"Don't criticize what you don't understand, son, you never walked in that man's shoes."

reprinted in The World According to Elvis, 1992

Susan Doll holds a Ph.D. in radio, television and film studies from Northwestern University. She is an instructor of film studies at Oakton Community College and a writer of film and popular culture. A sought-after expert on the works and life of Elvis Presley, Susan has appeared on The Joan Rivers Show and National Public Radio to discuss the King and other topics related to popular film. She is the author of numerous books on popular culture, notably Elvis: A Tribute to His Life, The Films of Elvis Presley, Marilyn: Her Life and Legend, Elvis: Rock 'n' Roll Legend, Best of Elvis, Understanding Elvis, Elvis: Forever in the Groove, Elvis: American Idol, and Florida on Film. 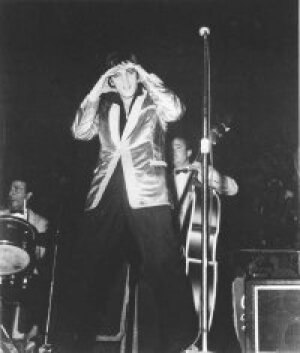 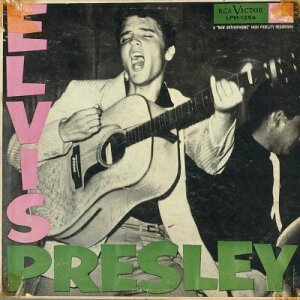