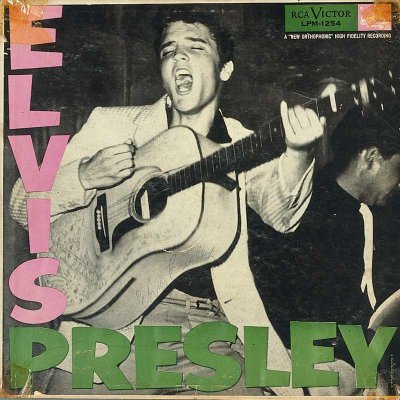 Elvis Presley was one of the most prolific superstars of the 20th century, forever changing the way we viewed music, movies, and celerity in general. See more guitar pictures.

Elvis Presley: Icon of American Pop Culture; Larger-than-Life Superstar; Folk Hero; Myth. In writing about Elvis three decades after his death, authors struggle to find words that adequately convey his influence and impact on our culture.

Yet, no system of measurement seems sufficient to appraise that impact -- no perspective seems broad enough to account for his durability.

It's hardly surprising that so much has been written about Elvis Aaron Presley. One of the 20th century's most phenomenal singers, he was blessed with a rare combination of talent, looks, and magnetic charm. His legendary career, with its attendant controversies and widespread acclaim, afforded him extraordinary fame and unprecedented success. His rags-to-riches life story featured all the classic elements: a meteoric rise to fame, an opulent lifestyle, excessive habits, and a tragic, overtly public demise.

In the articles below, you will find our humble attempt to represent the phenomenon that was Elvis Presley and the legacy he left behind. We have collected information on all aspects of Elvis’ career, from his albums to his movies, concerts, and even merchandising. And, of course, we have a thorough biography on the King, starting with his birth in East Tupelo, Mississippi to the present day when we celebrate the 30th anniversary of Elvis’ untimely passing. To begin your exploration of the life and times of Elvis Presley, see: