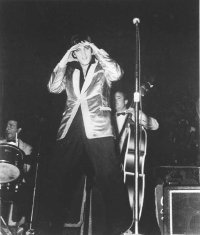 Elvis Presley was always a consummate performer, knowing exactly how to form the bond of connection with his audience. See more Elvis pictures.

From his birth in a shotgun shack in East Tupelo, Mississippi, to his death in a mansion in Memphis, Tennessee, and through all the struggles and triumphs in between, the life of Elvis Presley is a fascinating story. Even now, thirty years after his death, there's still so much to learn about this man who touched so many lives.

Perhaps because of his humble beginnings, Elvis was always accepted by his fans as "one of them," an honor that no amount of fame, riches, or celebrity could change. Elvis gave unprecedented access and sincere thanks to his fans throughout his life, even when those same fans made it impossible for him to live a normal life.

In the pages of this article, you can explore the life of Elvis Presley, starting with his birth and early life, and the heady first days of fame as a musician. Follow along as he serves his country in the army, then returns to the United States to embark on a new phase of his career, this time as a film idol. Experience again the flamboyant spectacle of the 1970s concert years, and explore the lasting fan phenomenon that continues to surround Elvis to this day.

Start at the beginning, with the birth of Elvis Presley. Learn more about the boy who would grow up to be King in the next section. 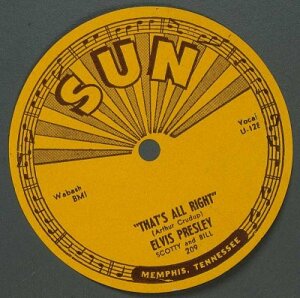