The Controversy Over Elvis Presley's Death 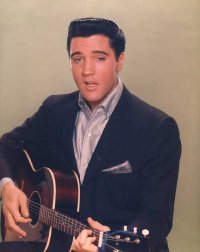 From his earliest days as a performer, Elvis Presley generated controversy, and his death was no exception.

In a strange stroke of timing, on August 1, 1977, 15 days before Elvis died, Ballantine Books published a book, Elvis: What Happened?, put together by Steve Dunleavy. It consisted of interviews with three of Elvis' former bodyguards: Red West, Sonny West, and Dave Hebler.

The men were the first to come forward with stories of Elvis' bizarre lifestyle. The book gave accounts of his mood swings, his relationships with women, and his excessive use of prescription drugs. It received almost no publicity until journalist Bob Greene, a columnist for the Chicago Sun-Times, interviewed Sonny West. By coincidence, the article happened to run on the day Elvis died.

Greene's column provoked a great deal of protest from fans across the country and inspired the wrath of several journalists, including Geraldo Rivera, who blasted Dunleavy on Good Morning America for smearing Elvis' name.

The bodyguards' story was hard to believe for several reasons. Nothing like it had surfaced on a wide scale before because, for the most part, Elvis had been able to keep his eccentric habits and erratic behavior out of the press.

Dunleavy also lacked credibility. He had been a reporter for the tabloid newspaper The National Enquirer when he started working on the book about Elvis, and he was employed by the controversial newspaper the New York Post when Elvis: What Happened? was published.

Dunleavy appeared on the NBC documentary about Elvis that aired the evening he died. The reporter made the mistake of using the term "white trash" in reference to Elvis, and this went over like a lead balloon with the fans. Because Dunleavy wasn't popular with either the public or the press and because Vernon had fired the three bodyguards the previous year, many people believed their outrageous account of Elvis' life amounted to sour grapes over being dismissed. Dunleavy was accused of having manipulated the story to make it as sensational as possible.

The autopsy did not reveal any substantive information. The family had requested a private autopsy, and the exact findings were not made public. All reports, notes, and photos related to the autopsy disappeared forever by August 19, and the contents of Elvis' stomach were destroyed before further analysis was done. Any concrete evidence of a drug-related death could only be found in the sealed autopsy report.

Two years later, on September 13, 1979, ABC-TV's news magazine 20/20 aired a report called "The Elvis Cover-Up," and the details surrounding Elvis' death began to take on the character of a mystery novel. This investigative report, produced by Charles Thompson and reported by Geraldo Rivera, marked the first major national media attention devoted to the rumors of a drug-related death.

The show attempted to pinpoint the exact cause of Elvis' death and had gone so far as to file a lawsuit on August 10 to obtain a copy of the autopsy report from Dr. Jerry Francisco, the Tennessee medical examiner. When Francisco refused to hand over the report, 20/20 accused him of participating in a cover-up. The medical examiner held a news conference declaring that he was not involved in any cover-up.

After the 20/20 report, Shelby County officials were pressured to open a criminal investigation of the case, but ultimately they declined to do so. The lawsuit, filed by Thompson and local Memphis reporter James Cole, eventually made it all the way to the Tennessee Supreme Court. In 1982, the court ruled that Francisco was not obligated to release the autopsy results because the postmortem had been requested by the family.

Meanwhile, Elvis' Memphis physician, Dr. George Nichopoulos (Dr. Nick), was brought before the Tennessee Board of Medical Examiners on several charges related to overprescribing drugs to Elvis Presley and other patients. In January 1980, the board suspended his license for three months for indiscriminately prescribing and dispensing controlled substances to ten people, including Elvis and Jerry Lee Lewis. Although the board's conclusions did not challenge Francisco's official ruling about the cause of Elvis' death, the inquiry did reveal stories about the singer's extensive drug use.

The exaggerated rumors that had been floating around for more than two years paled in comparison to the damning details that surfaced in Dr. Nick's testimony: Elvis was prescribed over 12,000 pills and vials of potent drugs in the last 20 months of his life; he was hospitalized several times because he was swollen from head to foot from drug misuse; whenever he toured, he carried three suitcases of pills and supplies, which his whole entourage used freely.

These stories resurfaced in November 1981 when Nichopoulos was officially charged in a criminal court with 11 felony counts of overprescribing drugs to nine patients, including Elvis and Jerry Lee Lewis. He was acquitted. Five new charges were brought against him in 1992 by the state of Tennessee for overprescribing drugs to Elvis. This time, the State Department of Health was determined to revoke the doctor's medical license permanently.

Over the years, the cause of Elvis' death has generally been recognized as polypharmacy, or the interaction of several drugs. This is based on the information revealed by the Nichopoulos trials as well as on statements to that effect by Dr. Eric Muirhead, pathologist at Baptist Memorial, and Dr. Noel Foredo, who was present at the autopsy.

Meanwhile, the struggle to have the autopsy results made public continued. In 1991, ABC went to court again to force Francisco to surrender the autopsy report. In May 1993, the Shelby County Commission filed a lawsuit to force the state of Tennessee to reopen an investigation into Elvis' death. As a result, the autopsy notes -- but not the report -- were given to a forensic pathologist to help settle disputes about the actual cause of death.

The spontaneous outpouring of grief over Elvis' death, the extended coverage by the news media, and the offering of condolences from around the world were reminiscent of the mourning that occurs when a head of state dies. Hundreds of editorials attempted to summarize Elvis' place in our culture. For the first time, the nation as a whole seemed to realize that Elvis had changed the way we look, the way we talk, the music we listen to, and the kind of hero we believe in.

At the time, many people felt that Elvis' death marked the end of an era, as well as the end of a legendary career, but this has not proved to be true. After Elvis died, the mythology surrounding him continued to grow with each new revelation about his personal life and each new reinterpretation of his contribution to popular culture. Elvis the man died on August 16, 1977, but Elvis the myth continues to flourish. The King is dead -- long live the King. To learn more about the lasting legacy of Elvis, see the next section.