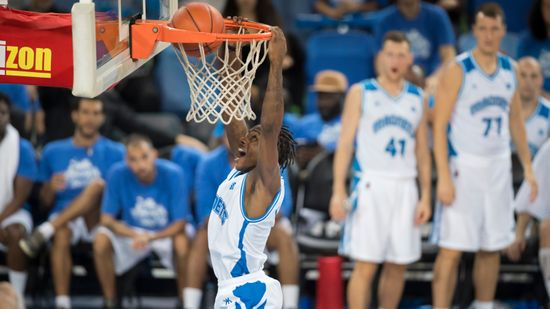 It's called an own goal, and it happens when a player accidentally knocks the ball into the wrong net — the net they're supposed to be defending.

Plus other fun facts about what it entails to host the World Cup.

All Major League Baseball parks extended the protective netting that keeps the most dangerous of foul balls from zipping into the stands. But is it enough to protect fans?

Admit it: You cry every time you watch the parade of athletes in the opening ceremony. We do, too. What other official stuff goes down at this ultimate Olympic gala?

Twenty-one cities have hosted the Winter Olympics, but many of them may soon be too warm for cold weather games.

Although women freely wear pants or shorts in everyday life, some sport associations still mandate skirts for their female athletes. Is this sexist, due to tradition or both?

How did this football club, initially composed mainly of Germans and Brits, become the repository of the hopes and dreams of an independent Catalan nation? And what would happen to the club if Catalan seceded from Spain?

They may want to trade late-night hours on Twitter for some shut-eye to get better game stats, the research suggests.

How — and why — do martial arts practitioners bust those boards without hurting themselves?

They'll compete in 10 events over two grueling days in Tokyo. Does that make the gold medalist in the decathlon the best athlete in the world?

The Olympic flame is supposed to never go out until the games have ended. But hey, accidents happen. So how is the torch relit?

The Human Fly, or the Daredevil Who Made Evel Knievel Seem Sane

A story about a superhero, a rocket bike and a 40-year mystery that probably won't be solved.

What other sport allows you to fly 30 feet into the air and perform a fliffis?

Cheese Rolling Is No Joke. But It's Still Pretty Funny

On June 5, people will chase an 8-pound cheese down an absurdly steep hill in England. And it looks really fun.

There’s a new sport sweeping (or rolling across) the U.S.: bubble soccer. It gives a whole new meaning to the term bubble wrap.

You might only win $4,000 if you take first place at this Masters tournament, but rest assured, professional miniature golf is real.