by Dave Roos May 9, 2017
Jeremy Lin ignited "Linsanity" in 2012 when he led the New York Knicks to a winning turnaround. Lin remains one of the few Asian-American NBA players and is now with the Brooklyn Nets. Jim McIsaac/Getty Images

Growing up in the Washington, D.C., area in the 1990s, Mike Mon knew what to expect when he stepped on the basketball court.

"How many times did I hear 'Bruce Lee'?" says Mon, who is Chinese-American. "Nonstop. I'm sure a lot of other players got that, too."

Today, Mon is the tournament director of the Asian Basketball Championships of North America, which brings together competitive men's, women's and youth basketball teams composed exclusively of players of Asian descent. Asian-American basketball leagues have existed for nearly a century. Both Mon's father and his grandfather played in Chinese-American leagues when they were kids.

But despite the wild popularity of youth basketball in the Asian-American community going back generations, very few Asian-American athletes have been recruited to play Division I college basketball, and just a handful have made it to the pros.

There's a reason why Jeremy Lin's two-week run of "Linsanity" back in 2012 caught so many of people, even veteran sportswriters and announcers, by surprise. They don't expect to see Asian-American basketball stars. Or baseball stars. Or football stars. But why?

Like any issue involving race and culture, it's a complicated question, and the answer requires an honest look at the various forces at play both inside and outside of the Asian-American community.

When we asked both Asian-American athletes and academics to explain the paucity of Asian-American professional athletes, the first thing they pointed to is the overwhelming emphasis within Asian-American households on education over athletics.

"'Where's basketball going to get you?' 'Where's football going to get you?' 'Your odds of becoming an NBA player are one in a million,'" says Mon, repeating a common refrain. "'But your odds of becoming a doctor ... If you study hard, you put the work in, you determine your own fate.' That has a lot to do with it. There are other ways to succeed in life besides athletics."

Joel Franks is a sociology professor at San Jose State University and author of several books on the history of Asian-American athletics, including one called "The Barnstorming Hawaiian Travelers," the story of a semipro multiethnic Hawaiian baseball team that played across America from 1912 to 1916.

Franks says that first-generation Asian-Americans experienced the same social and financial pressures as other immigrant groups in the early 20th century.

"Children of immigrants find it hard to gain cultural approval for sports outside of their neighborhoods," says Franks. "Joe DiMaggio's father said, 'Don't play baseball. You belong on this fishing boat with the rest of us.'"

Kirk Kim, who played college basketball at the University of California Berkeley in the late 1990s, says that part of the reason he made it to the Division I level was that his parents didn't behave like "typical" Korean-American immigrants.

"They always supported me in sports," says Kim, who walked onto the Cal team through open tryouts. "You wouldn't find that a lot in a first-generation family household, especially in the Korean community and culture. Academics is always going to take precedence over everything."

Pressure from parents steering kids away from nonacademic "distractions" is certainly part of the reason why there are fewer Asian-American athletes in the pipeline for many college sports and the pros. But that doesn't tell the whole story. There's also a huge "respect" problem.

It goes back to those "Bruce Lee" taunts that Mon and other Asian-American players used to get on the basketball court. Even Jeremy Lin, who in high school was named first-team All State in California and the Division II "Player of the Year," didn't get a single scholarship offer from Division I colleges.

"That's absolutely ridiculous," says Mon. "In a state like California, the Player of the Year doesn't get scholarship offer? In that instance, that's clearly a stereotype that Asian players can't compete at that level."

When Kim was growing up in inner-city Richmond, California, he says that Asian-American players weren't taken seriously.

"It made me tougher for sure," says Kim. "Not that I felt like I was representing an entire race. More like, 'There's nothing different about you that I can't do.' That put an additional chip on my shoulder."

That same respect problem doesn't exist in all sports, says Mon. That's why you see such high participation numbers for Asian-American athletes in sports like tennis, golf, swimming, gymnastics and volleyball, at least when compared to basketball, baseball and football.

The NCAA keeps stats on college athletes by race. According to numbers from the 2015-16 school year, there were only 14 Asian-American men's basketball players out of the 5,472 total players in Division I. In football, it was 115 out of 28,380 players. In baseball, there were 89 Asian players out of 10,430. These figures show Asian-American representation was less than 1 percent for all three sports. By comparison, 10.5 percent of women's Division I golfers were Asian and a whopping 14.6 percent of men's fencers were Asian. (Asian-Americans make up 5.6 percent of the U.S. population).

Michelle Wie plays her drive during a golf tournament in Mexico City on May 7, 2017. Wie, who is Korean-American, was the youngest person to qualify for an LPGA Tour event.
Miguel Tovar/LatinContent/Getty Images

The good news, say both Mon and Kim, is that things seem to be changing. And Jeremy Lin has played no small role. "Linsanity" finally gave Asian-American kids the role model they needed. Largely ignored by colleges (Lin played for Harvard, which doesn't award athletic scholarships) and undrafted by the NBA, Lin stuck it out, seizing a last-chance opportunity for the New York Knicks to show the world what a Taiwanese-American baller could really do.

"Since that happened, there has definitely been a larger number of Asian kids playing AAU [basket] ball," says Mon, referring to the Amateur Athletic Union, a proving ground for top youth talent. "When we run our youth tournaments [for the Asian-American league], now I have to schedule around the big AAU weekends. Five years ago, it didn't even figure into our planning process. That's a positive sign."

Now That's Cool
Wataru Misaka was not only the first Asian-American player in the NBA, but the first "nonwhite" athlete. That was back in 1947, the same year Jackie Robinson broke the color barrier in Major League Baseball.

Watch Cuttlefish Brawl Over a Mate in Unprecedented Video 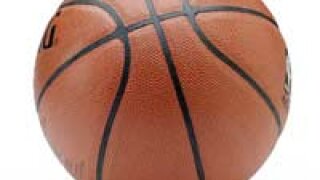 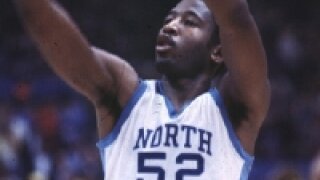