The foul ball is an American sports icon. It's as American as Babe Ruth or rock 'n' roll or the game of baseball itself. Little kids dream of catching one. Fans use them as a canvas for their heroes' autographs. Family rooms across the nation display them as trophies.

The foul ball is also, as anyone who's ever been in a big-league baseball stadium knows, a rock-hard, 5-ounce (141-gram) mindless missile of leather and yarn that can maim and potentially kill.

Luckily, after a surge of highly publicized and serious injuries to fans hit by these screaming fouls, things are changing for the safer in the grand old American pastime. As a new season begins, all 30 Major League Baseball teams have extended the protective netting that keeps the most dangerous of foul balls from zipping into the stands, stretching the nets from behind home plate all the way around to the far side of the dugout along both foul lines. (The nets in most stadiums used to stop before the near side of the dugout, closest to home plate.) Some teams have taken safety measures even further, stringing extra netting in front of the first row of seats down the lines to the foul poles in each corner of the field.

That's a big step for MLB, especially considering that the industry, legally speaking, probably doesn't have to do it. Historically, if you're nailed by one of these line drives, it's been harder to successfully sue the team for an injury than it is to snare one of the little buggers from the front row. With no netting in the way. Blindfolded. Without your trusty glove.

A piece of common law known colloquially as the Baseball Rule has been doing the dirty work for MLB teams for more than a century, stating (in terms not nearly as simple as these) that if you go to a game, you take your chances. The risk of injury at a ballpark is not shouldered by the teams or the batter or the commissioner or the bat manufacturers. It's all on you, the fan.

Baseball teams almost never have had to pay for injuries their fans suffer from batted balls as long as:

Still, there have been horrific injuries in the headlines — maybe the ugliest was a 1-year-old girl who was hit in the face by a ball traveling better than 100 mph (160 kph) in October 2017 in Yankee Stadium. Now with an almost universal call for better safety measures (even from nervous teams themselves) and some major upheaval in how the game is played, MLB is making the changes.

The move is hardly altruistic. Baseball is clearly trying to protect its own interests, preparing for a day when the Baseball Rule may not be there to shield it from lawsuits.

"When you start to see young kids getting hurt, where it's harder to argue they assume the risk of liability," says Nathaniel Grow, a professor of business law and ethics at the University of Indiana Kelley School of Business, "that theoretically could be the type of case that a court would start to push back on [the Baseball Rule] a little."

Grow, who has a law degree from the University of Michigan, and University of Georgia student Zachary Flagel have studied the history of the liability issue in baseball and delved into the recent spate of fan injuries in an article titled "The Faulty Law and Economics of the 'Baseball Rule'," which will be published in an upcoming issue of the William and Mary Law Review. In it, they argue that the Baseball Rule is antiquated — it was established in 1913 — and no longer applicable for today's game.

Closer to the Action

Grow points out that fans now sit some 20 percent closer to the action — and those dangerous foul balls — than they did only 25 years ago, the result of 21 new, more-intimate stadiums having been built in the last quarter-century. In addition, pitchers are throwing harder (leading to foul balls coming off bats more quickly), and hitters are bigger and stronger (thanks to advanced training techniques).

Add to that this undeniably dangerous 21st-century fact of life: Many spectators are distracted from the game by any number of bells and whistles — smartphones, vendors, video scoreboards, annoying mascots — making fans even more vulnerable to a sizzling foul ball.

According to Bloomberg, some 1,750 fans are injured by foul balls in major league stadiums every year. Only one fan death ever has been attributed to being hit by a foul ball — in 1970 — but the recent injuries are sending a chill into everyone involved with the game.

All that makes the Baseball Rule more vulnerable to reinterpretation by the courts than ever. Baseball is paying attention and taking action.

"Providing baseball fans with a variety of seating options when they come to the ballpark, including seats behind protective netting, is important," MLB Commissioner Rob Manfred said in a statement before the season began. "Major League Clubs are constantly evaluating the coverage and design of their ballpark netting and I am pleased that they are providing fans an increased inventory of protected seats."

Todd Frazier of the New York Yankees reacts after a child was hit by a foul ball off his bat in the fifth inning against the Minnesota Twins in September 2017 at Yankee Stadium.
Abbie Parr/Getty Images

Ironically, MLB's move to better protect its fans from being hurt — and itself from possible litigation — could well lead to the downfall of the very law that has kept angry fans and lawyers at bay.

"If Major League Baseball is saying we need more netting, that should strongly suggest to the courts that [the Baseball Rule] probably needs to be looked at again," Grow says. "If even the business is saying what's legally required isn't enough ..."

As good as the Baseball Rule has been to MLB, striking it down would not be awful for the game, Grow contends. It's a notion taken from the law and economics movement, which says that "law is best viewed as a social tool that promotes economic efficiency."

Grow explains the idea: "Who can avoid this injury the easiest or the best? Let's [make] that person responsible. Then we're getting the maximum protection at the lowest cost.

It seems a small price to pay for a little protection. For everybody.

NOW THAT'S GOOD TO KNOW
Grow says the wording on the back of tickets, along with the Baseball Rule, scares off potential lawsuits and strengthens baseball's defense (though the Baseball Rule remains, for now, the true suit-blocker). From the Yankees tickets: "The bearer of the Ticket assumes all risk and danger incidental to the sport of baseball ... including specifically (but not exclusively) the danger of being injured by thrown bats, fragments thereof, and thrown or batted balls and agrees that ... [here, the ticket lists a bunch of baseball entities] ... nor any of their respective agents, players, officers, employees and owners shall be liable for injuries or loss of personal property resulting from such causes."

Why Can't You Taste Your Tongue?

Was the Iroquois Great Law of Peace the Source for the U.S. Constitution? 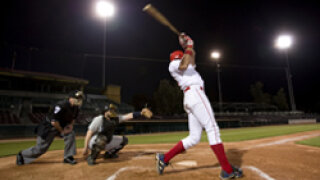 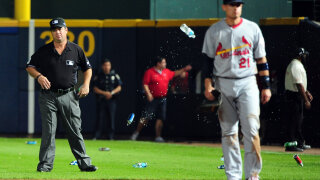 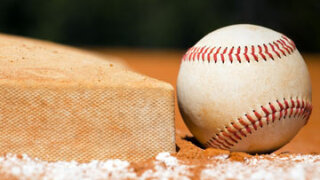