Baseball is America's game, but it is quickly becoming a worldwide phenomenon. Read about your favorite sluggers, pitchers and teams throughout history. 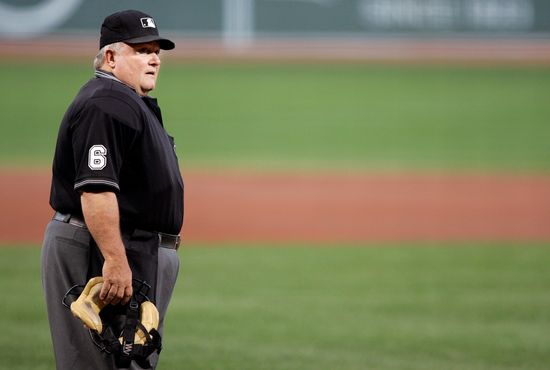 Maybe you feel the cold hand of death creeping toward you at this very moment; or maybe you think you've got some time before the final strike is called. Either way, see these fields before you go.

A foul-tip is an unusual sight in baseball -- to begin with, the batter has to foul the ball directly back to the catcher's mitt. If he catches it, it's a strike, not a foul. What rules govern this weird play?

Ever wonder why players sometimes run outside the first-base running lane in baseball without getting called out? As it turns out, the rules of that road aren't always clear.

Baseball has a pretty colorful history, especially its curses. From the goat-plagued Chicago Cubs to a Japanese team's strange encounter with Colonel Sanders, we'll take a look at 10 of the most famous (and bizarre).

In professional baseball, getting sent down to the minors is more common than you might imagine. But there are some big-name players who got sent back that just might surprise you.

What is it about losing streaks that make them so compelling? Is it the emotional turmoil, the trainwreck aspect or just the desire to laugh at people doing things badly? In any case, here are five really bad baseball losing streaks.

Upsets are part of what makes baseball interesting. These are five of the most dramatic.

In the 2000s, America's pastime lost its luster when it was revealed that prominent players were using performance-enhancing drugs. How does the MLB prevent such abuse these days?

We tend to think of baseball as an American obsession, but this bat-and-ball game has fans in other corners of the globe, too.

You'd think that the game of baseball was entirely invented, but the truth is that it grew and evolved from several other sports. Here are five rule changes that made baseball the game we love today.

The American League first gained credibility when the Boston Red Sox won the first World Series in 1903. How has the league progressed ever since?

Baseball players have all sorts of strange little warm-up rituals when they're getting ready to bat. We'll explore the science and the superstition behind the practice in this article.

Baseball and apple pie are about as American as you can get. But is baseball really American? Find out why the game's origins aren't as clear-cut as you might think.

A lot of practice, discipline and focus go into the making of a pitcher. But even highly trained athletes need to warm up before they put their skills to the test.

Baseball has had its share of scandals over the years, but these five incidents rank among the sport's most unforgettable.

Everybody digs the long ball, but the heart of the game of baseball lies in the duel between pitcher and batter. Here are some tips to help the pitcher win that duel.

People have been batting around balls long before baseball hit the scene. We'll scope out 5 of baseball's precursors in this article.

Huddle up, team. We're going to strategize about ways to improve your bball game in this article.

The only thing bigger and better than a win by your favorite baseball team is a whole streak of Ws. That's skill. That's dominance. That feels good.

There will always be bad trades in baseball. But these are by far 10 of the worst in history.

Maybe baseball isn't quite as rough as some other sports, but don't let that make you complacent. Just like any other sport, baseball has its own set of common risks and injuries.

Grab your contraband snacks purchased outside the stadium and keep your binoculars handy to watch for furtive movements on the field. It's time to play (dirty) ball!

Who has time to think about physics when a 90-mph fastball is speeding your way, and you have less than a second to react? We do. Ready for the first pitch?

Well, sure, because it's lighter, right? Not so fast, baseball fans and budding physicists. The answer is a little more complicated.

in the 1970s, aluminum bats began pinging their way across baseball diamonds. Ever since then, people have wondered if a batter's metal mattered more than his or her mettle. Does it?