by Jacob Silverman
NEXT PAGE 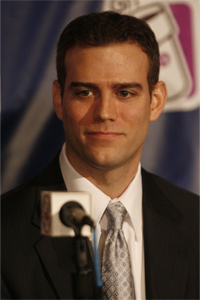 ­Was Mark Twain right when he said, "There are three kinds of lies: lies, damned lies and statistics"? Statistics are certainly useful but can be manipulated, especially when taken out of context. A mayor might tout his or her success by saying that the number of violent crimes in the city was down 10 percent in the past year. But what if, in the first few years of the mayor's term, violent crimes rose 30 percent, compared to the period before he or she took office?­

In baseball, statistics have long been important. Dodgers General Manager Branch Rickey hired the first baseball statistician in 1947, after which the use of statistical analysis slowly grew. But the practice took a major leap forward in 1977 when a then-unknown Kansan named Bill James began self-publishing works about a new discipline he called sabermetrics.

Sabermetrics uses statistical analysis to analyze baseball records and make determinations about player performance. James called sabermetrics "the search for objective knowledge about baseball" [source: Grabiner]. James devised the name "to honor" SABR, the Society for American Baseball Research [source: Jaffe]. Sabermetricians have questioned some basic assumptions about how talent and player contributions are judged and created quite a stir. But over time, many sabermetric ideas and methodologies have found wide acceptance.

Baseball front offices are now littered with people who are sabermetrically inclined­, such as highly celebrated Oakland Athletics' General Manager Billy Beane, whose ability to exploit undervalued skills like on-base percentage and de­fense changed how baseball teams look at talent. Beane's story was chronicled in the popular book "Moneyball," and now every team uses some form of statistical analysis [source: James]. And James, who for years had only a small following, is now a consultant for the Boston Red Sox [source: Jaffe].

­Sabermetrics is made possible in part because each game produces so much recorded data. But some of this data, sabermetricians say, is overvalued. For example, take the RBI -- runs batted in -- stat. This number depends on how other batters perform and whether they get on base so that a player can drive them in. The RBI, then, isn't necessarily a good measure of an individual player's skill.

Sabermetrics digs deep into the raw data and examines issues like these, while also asking questions like, Do pitching coaches actually make a difference? Or, what's the best way to measure a hitter's value to a team?

In this article, we'll take a look at these questions as we explore how sabermetrics is changing baseball. 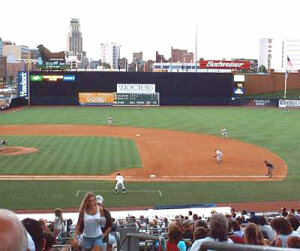