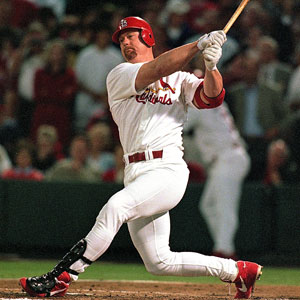 In 1998, as St. Louis Cardinals slugger Mark McGwire was closing in on Roger Maris' 37-year-old home run record, an Associated Press article noted that on the top shelf of McGwire's locker, he kept a little brown bottle with a big, hard-to-pronounce name on the label. It contained Androstenedione -- a "steroid precursor" substance that the body converts into the muscle-building hormone testosterone -- so that he could hit the ball farther and harder. McGwire didn't see anything wrong with that. "Everybody that I know in the game of baseball uses the same stuff that I use," he told the AP [source: Associated Press, FDA].

Unfortunately, McGwire was right. A 2007 investigation conducted on behalf of Major League Baseball by former U.S. Senator George Mitchell found evidence that players were using muscle-building drugs as far back as the late 1980s [source: Mitchell Report]. By the early 2000s, the use of performance-enhancing drugs -- including anabolic steroids, which directly induce muscle growth -- had cast such a shadow on baseball's integrity that the sport was investigated both by Congress and a federal grand jury, which called 10 players to testify [sources: Bloom, MLB.com]. One player, career home-run leader Barry Bonds, was convicted years later of obstruction for lying to the grand jury about his drug use [source: ESPN.com]. Former Oakland Athletics star Jose Canseco noted in a tell-all book, "The challenge is to find a top player who hasn't [used steroids]" [source: Canseco]. Indeed, in a poll of 568 major league players, 79 percent said they believed that drugs played at least some role in recent record-breaking performances [source: Jenkins]. In 2003, fans were shocked when Baltimore Orioles pitcher Steve Bechler collapsed on the field and died after taking ephedra, a stimulant [source: Jenkins].

That's why, in 2004, after many years of denial and feet-dragging, the major leagues began random testing of players for certain banned performance-enhancing substances, with penalties for those caught trying to get an unfair chemical edge [source: Bloom]. It's a system that some hope will lead to a drug-free sport. But others warn that more recent fiascoes -- such as a June 2012 labor arbitrator's decision that overturned the 50-game suspension of Milwaukee Brewers star Ryan Braun because of botched drug testing -- demonstrate that baseball's anti-drug program remains deeply flawed [source: ESPN.com]. 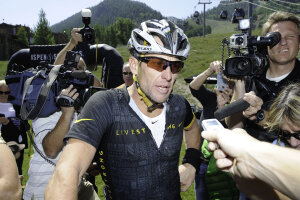