by the Editors of Publications International, Ltd. Aug 30, 2007

It's the 1974 baseball season that Al Downing is most noted for. Downing pitched for four teams and appeared in three World Series. As a Yankee in 1964, he led the American League in strikeouts. Seven seasons later, he went 20-9 with the Dodgers. However, most fans remember the 17-year veteran for something other than his career feats. On April 8 at 9:07 p.m. EST, a national television audience watched Downing serve up the pitch that Hank Aaron hit out of the ballpark for his 715th home run -- a new major league record.

The shot ended a mini-controversy. Braves owner Bill Bartholomay wanted Aaron to sit out the opening three-game series at Cincinnati, hoping his aging star would break the record before a packed hometown crowd. Commissioner Bowie Kuhn, however, insisted Aaron play. And on the first swing of his first at-bat of the year, the 40-year-old outfielder tied Babe Ruth's seemingly unreachable record. By season's end, Aaron had upped his career total to 733.

Other notable milestones involved Redbirds Bob Gibson and Lou Brock. En route to a disappointing 11-13 season, the 38-year-old Gibson became only the second pitcher to record 3,000 Ks, while the 35-year-old Brock hit .306 and established a new steals record, swiping 118.

The one record-setter who figured in a pennant race was Dodger reliever Mike Marshall. Los Angeles won the National League West, finishing 4 up on Cincinnati, as the Cy Young winner appeared in an unprecedented 106 games, winning 15 and leading the league with 21 saves.

Oakland and Los Angeles waged California's version of a Subway Series. The first three games were decided by the identical scores of 3-2. Jackson's homer gave Oakland the edge in game one, and Los Angeles evened the Series in game two when Marshall picked off designated runner Herb Washington to kill a ninth-inning rally.

In game three, the A's capitalized on two Dodger errors, giving them a two-games-to-one World Series lead. Oakland won game four 5-2, as pitcher Ken Holtzman, who had logged in two regular seasons without an at-bat, belted a home run.

In game five, with his team trailing 3-2, Dodger Bill Buckner was gunned down trying to stretch a double into a triple in the eighth inning. A's reliever Rollie Fingers preserved the win, giving Oakland its third title in as many years. It was the only non-Yankee three-peat in World Series history.

Check out headlines and summaries of major stories from the 1974 baseball season on the next page.

Mike Schmidt led the National League in homers in his second full season.

In 1974, Hank Aaron smashed Babe Ruth's home run record and the A's won their third consecutive World Series. Below are some of the headlines of the 1974 baseball season:

Rod Carew was the greatest singles hitter of his era. He led the American League in batting seven times in his 19-year career. In 1974, he had a loop-high .364 average, although he socked just three homers and knocked in only 55 runs. In his career to that point, Carew had been named to seven All-Star teams; he lost the 1970 season due to military service.

Nicknamed "Senator" for his post-baseball career aspirations, Dodgers first baseman Steve Garvey played in his first World Series in 1974. Although his team bowed to the A's, Garvey achieved an excellent season: a .312 average, 21 homers, and 111 RBI. His performance earned him 1974 National League Most Valuable Player honors. Voted to a starting position in the 1974 All-Star Game by write-in ballots, the powerhouse took the game's MVP honors.

Following his worst season with the Cubs (14-16 in 1973), Fergie Jenkins was traded to Texas for Bill Madlock and Vic Harris. The Rangers received quick dividends from the deal: Jenkins tallied 25 victories to tie for the lead in the American League in 1974. Ironically, the Cubs picked up Jenkins again in 1982. After pitching two seasons in Wrigley, he retired with 284 career wins.

Mike Schmidt clubbed 36 homers in 1974, his second full season in the majors, to lead the National League. On his way to 116 RBI, he also topped the loop with his .546 average. He is acknowledged as the greatest third baseman of all time.

Johnny Bench had a National League-leading 129 RBI in 1974 while taking the Reds to a second-place finish, 4 games behind the Dodgers. It was the third RBI crown for perhaps the greatest catcher of all time. Bench was voted to the All-Star lineup 13 years in a row and won ten consecutive Gold Gloves.

Before winning the 1974 National League Cy Young Award, Mike Marshall was known to fans as Jim Bouton's cerebral teammate in the book Ball Four, Bouton's account of the sport of baseball. As a doctoral candidate in kinesiology, Marshall used his study of human performance to resurrect his pitching career. He went from a 5-8 record with the Expos in 1971 to 15-12 with the Dodgers in 1974. His knuckleball carried him to 21 saves, best in the loop.

Perhaps the decade's least likely Most Valuable Player, Ranger Jeff Burroughs batted .301 with 25 homers and 118 RBI (tops in the American League) in 1974. As the first draft pick in 1969, the outfielder/first baseman often clashed with Ted Williams, the Senators' manager, yet later credited Williams with improving his batting.

Joe Rudi was the quiet superstar of the boisterous A's. His glovework earned him two Gold Gloves, the first of which he received in 1974. He led the American League in doubles that year with 39. His ability was most evident in the seventh game of the 1974 World Series. His home run in the seventh inning broke the two-all tie and proved to be the margin of victory for the A's.

Find more headlines from the 1974 baseball season on the next page.

Check out more headlines of the 1974 baseball season, including outstanding performances by Joe Rudi, Lou Brock, and others:

On September 10, 1974, Lou Brock broke the single-season stolen base mark set by Maury Wills in 1962. During the game, Brock reached base on singles in the first and seventh innings, on both occasions stealing on an 0-1 pitch to Ron Hunt to rack up swipes No. 104 and 105. Bob Boone was the catcher on both thefts.

The license plate on outfielder Al Oliver's car read "AL HITS." During his first six seasons with the Pirates (through 1974), Oliver had a .294 lifetime average and played in four National League Championship Series. His slashing line drive hitting was the perfect complement to Willie Stargell's power strokes. In 1974, Oliver batted .321 with 11 homers and 85 RBI.

Reggie Jackson: HR Off the Bat

Reggie Jackson smacked a home run in his first at-bat in the 1974 World Series. Jackson was called "Mr. October" in honor of his myriad heroics in postseason play. Highlights of his postseason career include a .417 average in the 1975 ALCS; a .450 average, five homers, and eight RBI in the 1977 World Series; and a .462 average and six RBI in the 1978 ALCS.

Steve Garvey was introduced to the Dodgers by his father, who drove the team bus. Some 15 years later, Garvey won the 1974 National League MVP Award and led his team to the World Series. In his first Series, Garvey led the club in batting with a .381 average and eight hits. He would go on to play in five World Series and bat a combined .319 -- though with only one homer.

As a second baseman, Davey Lopes was a member of a Dodger infield that remained intact longer than any infield in major league history. As one of the best base-stealers in the game, he matched a major league record by swiping five bases in one game in 1974.

Attempting to score on a fly ball by Reggie Jackson to Joe Ferguson, Sal Bando got nailed in an eighth-inning rundown in game one of the 1974 World Series. Bando finished the five-game tournament with a dismal .063 average, three runs scored, and two RBI. His teammates continued their solid showing to take the opening game 3-2.

A national television audience viewed a rare weeknight broadcast -- and part of history -- on April 8, 1974. In a game between the Braves and the Dodgers, Hammerin' Hank Aaron smacked an Al Downing fastball into the hands of Braves reliever Tom House, who was sitting in Fulton County Stadium's left-field bullpen. It was Aaron's record-shattering 715th home run.

Following a six-minute delay in which officials removed debris thrown on the field by Oakland fans, Joe Rudi of the A's stepped in to face Dodger ace Mike Marshall in game five of the 1974 World Series. Rudi crushed Marshall's first pitch into the stands for the third and winning run of the deciding game. Marshall was the winner of the 1974 National League Cy Young Award.

You can find additional highlights from the 1974 baseball season on the next page. 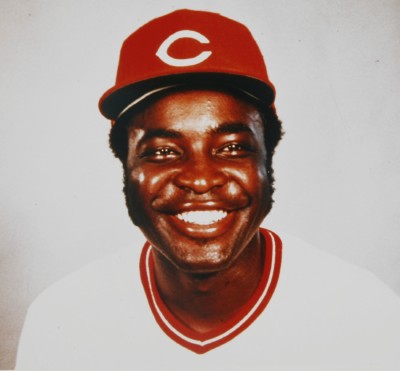 Other records were set in 1974, including Lou Brock's 118 stolen bases and Al Kaline's 3,000th hit. Find more highlights of the 1974 baseball season below: