Americans love a good losing streak. We thrill at the improbability of it. We ogle the emotional wreckage like it was a 23-car pileup. In a nation that usually roots for the underdog, sometimes we just want them to get pummeled -- again, and again, and again. Until it seems they can't possibly lose another, which of course they do, and then we quietly cheer.

Baseball has produced some monumental and memorable losing streaks. Longtime fans of the following teams still carry the memories of these streaks like scars. World Series championships come and go, but the slow burn of a 20-game losing streak is seared into the heart forever. You can't escape the nagging fear that the impossible will somehow happen again, and a month of summer with pass without a "W."

And now, our list of the five longest losing streaks in baseball history, starting with a summer at the turn of the 20th century that Bostonians would rather forget.

Boston is famously cursed as a baseball city. The Curse of the Bambino, as it was known, held the Red Sox without a pennant from 1918 until 2004. What makes the curse so cursed is that before the 86-year dry spell, the Red Sox were arguably the best team in baseball, winning the first World Series in 1903 and picking up four more titles in 1912, 1915, 1916 and 1918. The only truly miserable year was 1906. And boy was it miserable.

In 1906, there were two major league clubs in Boston, the Braves (aka the Beaneaters) and the Americans, the team that became the Red Sox in 1908. Both teams tallied record-breaking losing streaks in 1906, making Boston the most joyless place to watch baseball outside of Mudville.

Next on our list of the biggest losers is another double streak, this time from the same team.

Few people expected the 1988 Baltimore Orioles to be World Series contenders, but no one could have predicted their astonishingly bad start to the season. Cal Ripken Sr. was at the helm of the struggling Orioles franchise, which finished 13th in the American League in 1987, ending the season with a dismal 42 losses over their last 56 games. That's momentum, all right, just the wrong kind of momentum [source: Washington Post].

For the 1988 season opener, a crowd of 52,395 packed Memorial Stadium in Baltimore to watch their hopes of redemption crushed by a 12-0 slaughter at the hands of the Milwaukee Brewers. The embarrassing loss included a botched bunt, a run scored from second on an infield hit, two wild pitches, two hit batsmen and even a rare stolen base by the Brewers: home [source: Justice].

Somehow, things only got worse from there. The Orioles lost their next game, then the next, then the next. After the seventh consecutive loss of the season, the Orioles management fired Cal Ripken, Sr., despite the awkward fact that Ripken's two sons were playing shortstop and second base [source: Justice].

By the time the cursed Orioles faced the Minnesota Twins on April 26, 1988, they were a national media sensation for all of the wrong reasons. They had lost an unprecedented 19 of their first 19 games. It seemed quite possible that they would never win, ever. Still, the Orioles kept hope alive. Cases of champagne were on ice in the locker room. President Ronald Reagan even called the team before the game to wish them luck. But did they win one for the Gipper? Nah.

The Orioles finally snapped their headline-grabbing losing streak with a 9-0 drubbing of the Chicago White Sox, 26 days and 21 losses into the season [source: Justice]. The mood in the clubhouse was relief, not elation. No one even bothered to crack open the champagne.

"The worst we could do is lose one more," said Orioles pitcher Mark Williamson. "I'm relieved, but we have to keep it in perspective. It's not like we just won the seventh game of the World Series. Maybe we won't be so much of a household name now" [source: Justice].

To top the incredibly poor performance of the 1988 Orioles, we have to travel back to the 1961 Philadelphia Phillies.

Baseball fans have terrific long-term memories, particularly for the worst teams to ever play the game. It turns out that two of the longest losing streaks in Major League Baseball history didn't happen in this century, or the last one for that matter. The shame of the longest losing streak in baseball (24 games!) belongs to the atrocious Cleveland Spiders of 1899, who broke the 23-game record previously held by the miserable Pittsburgh Alleghenys squad of 1890.

You might not recognize the names, but these two clubs were legitimate National League teams back in the late 19th century. The Alleghenys earned the nickname "the Pirates" in 1891 when they "stole" (signed, technically) a prized second baseman from the Philadelphia Athletics [source: Pirates]. The Cleveland Spiders, however, didn't evolve into the Cleveland Indians of today. Instead, the Spiders were born in 1879 and died in 1899 after playing arguably the worst season of baseball in the game's history [source: Indians].

The most important number here is 24, which is the number of consecutive losses that the Spiders endured during that fateful 1899 season. Equally impressive in shamefulness is the team's season record of 20 wins and 134 losses. The blame for the appalling record certainly rests on the players, but also on the team's owner, who gutted the club of its best players and sent them to his new team in St. Louis [source: Indians].

The 1890 Pittsburgh Alleghenys suffered a similar fate. After the close of the 1889 season, an Alleghenys star player named Ned Hanlon defected for the Pittsburgh Burghers of the newly created Player's League and took all but four of the Alleghenys' roster with him [source: Dreker]. The abandoned Alleghenys not only lost 23 in a row in 1890, but amassed a demoralizing 23-113 record.

The Burghers folded after only one season, and Hanlon and his fellow defectors went back to the Alleghenys and returned the club to its former pretty-goodness. The 1899 Spiders weren't so lucky: After their record-breakingly bad season, the National League squashed the lowly Spiders for good [source: Indians].

I like a good losing streak as much as the next guy. Call me sadistic, but I love to see the hope in the eyes of the cursed team as they take the field, confident that this will be the day that everything changes. I love the stock quotes from the players and management after another loss. "We're just taking it one game at a time." "This team knows how to win. We just need to make it happen." Maybe we love losing streaks so much, because we know they will end. They have to. In sports, if not always in life, there's always hope for redemption, even during the worst of seasons. 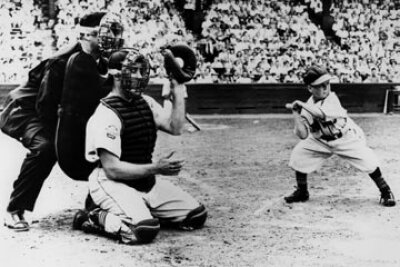 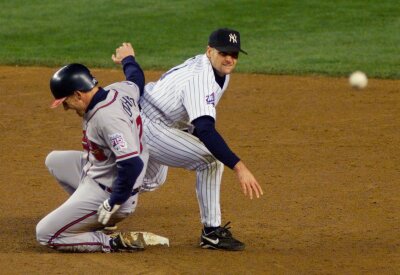 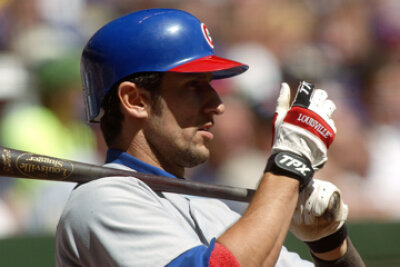