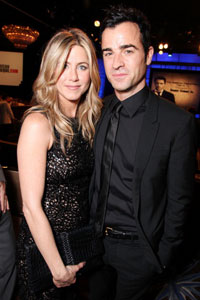 A posed photo of celebs at an event doesn’t bring in much cash, comparatively.
Eric Charbonneau/Getty Images

On the streets of Rome in the 1960s, a paparazzi photo could fetch $5 to $500, depending on the situation and the celeb in question [source: TIME]. Fast forward to 2006, and People magazine bought the first publicly released photograph of Brad Pitt and Angelina Jolie’s firstborn, Shiloh Nouvel Jolie-Pitt, for an astronomical $4.1 million [source: Rose]. Who was the lucky paparazzo who brought home such as fat slab of bacon from the sale? Nobody. Pitt and Jolie decided to beat the paparazzi at their own game by auctioning the photos off to the highest-bidding magazine and donating the proceeds to charity, instead. Demi Moore and Ashton Kutcher forged a similar ploy by selling their wedding photos to OK! magazine for a cool $3 million [source: Rose].

The celebrity couples’ photo arrangements went somewhat like the paparazzi process used to back in the day. Before paparazzi photo agencies saturated the market, lone paps used to shop their shots around to different publications, such as People, Star and Us Weekly. To offer a photograph, the paparazzo would e-mail a low-resolution copy of the photo with a watermark embedded in the image to prevent the digital photo from being stolen. Fifteen years ago, a typical paparazzi photo depicting, say, Jennifer Aniston shopping with Courtney Cox, could bring in a few thousand, whereas Britney Spears almost dropping her baby could command six figures.

Today, the money shots are much harder to come by due to celebrity photo agencies. X17, the largest paparazzi agency in Hollywood, manages a stable of around 70 photographers, whom it pays about $800 to $3,000 per week, in exchange for full licensing rights [source: Loomis]. Since X17 supplies celebrity shots to high-traffic celebrity sites, tabloids and mainstream media outlets, it makes money many times over by selling and reselling the same image for publication all over the Web and the magazine rack, a practice called “versioning” [source: Samuels].

While it might seem that media sources are plastered with the faces of the rich and famous, the demand for celebrity photography has started to outweigh the supply, ironically, because so many paparazzi are out at once. Getting a clear, exclusive shot of an A-list celebrity is nearly impossible when dozens of competing paparazzi and bystanders with camera phones are blocking the way.

Therefore, in a way, technology has simultaneously improved and diminished a paparazzo’s chance of getting a picture -- or at least getting handsomely paid for it.