The Laws of Photography 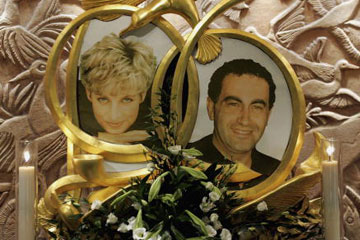 Princess Diana’s 1997 fatal car crash during a high-speed paparazzi chase instigated a string of photography-related legislation. Consequently, any photographer who pursues Catherine, Duchess of Cambridge (formerly known as Kate Middleton), in the same manner risks litigation in the event of an accident [source: Harman]. In fact, by the time she wed Prince William, the Duchess of Cambridge had already won settlements in court for paparazzi privacy breaches [source: Harman].

In California, paparazzi are legally prohibited from trespassing on private property, using telephoto lenses to survey private property or pursuing targets in cars [source: LaPorte]. However, the frequency of paparazzi-celebrity run-ins since January 2010, when the law was last amended, have indicated that the legislation’s bark might tougher than its bite.

Laws regarding public photography have always been a gray area. In the United States, photographs that are taken for editorial use in a public place generally enjoy Constitutional protection under the right of free speech. There are exceptions, however. Here are just a few of the gray areas:

The controversy surrounding anti-paparazzi legislation comes down to the question of where to draw the line between legitimate news gathering and invasions of privacy. If laws are left as they are, a celebrity's privacy -- and, in some cases, his or her life -- may continue to be endangered by the ruthlessness of some photographers [source: LaPorte]. On the other hand, if the laws become too restrictive, then the freedom of the press could be jeopardized, and for that reason, a judicial tension remains between the two.

With the cultural appetite for celebrity voyeurism, it’s questionable whether the public is even concerned about anti-paparazzi legislation. As long as images of the rich and famous committing foibles both minor and monstrous continue to arrest our attention -- and sway our online traffic and magazine purchases -- the paparazzi mobs will continue to swarm and snap. After all, they’re only giving us what we want: proof that celebrities are imperfect, just like us.