Playing Hide and Seek with the Paparazzi 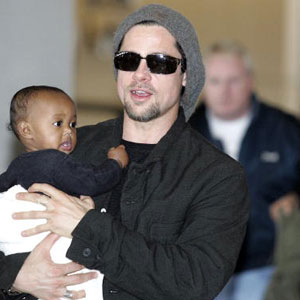 Since actors are, almost by definition, masters of disguise, you might think that dodging the paparazzi would be easy for them. But when you have a recognizable face, blending into the crowd can be impossible, no matter how low you pull down your baseball cap. After all, Hollywood paparazzi often collaborate in teams, keeping in touch with celebrity whereabouts via cell phone and text message, with additional sightings and rumors pouring in from paid informants and friends.

Certain celebrities, such as Brad Pitt, are notoriously challenging to shoot. As a star who’s been in the public eye for a long time, Pitt knows how to send out decoys and derail the awaiting paps. As mentioned earlier in the article, he and Angelina Jolie even sold photos of their daughter Shiloh in lieu of having to deal with the paparazzi stalking the baby. Speaking to Terry Gross on “Fresh Air,” Pitt once described his family’s exit strategy from their home as “a ‘Mission Impossible’ with decoys” [source: NPR].

Catherine Zeta-Jones and Michael Douglas took perhaps the most famous and extreme set of measures to keep paparazzi out of the picture at their wedding in 2000:

Even though the couple shelled out $66,000 for this elaborate security detail, paparazzo Rupert Thorpe managed to infiltrate the wedding and snap shots of the bride and groom that he later sold to tabloids Hello! and The Sun. The Hollywood couple later won a monetary settlement for the infringement, however.

If paparazzi are able to get away with encroaching on celebrities' daily lives, when do privacy rights kick in?