by Kathryn Whitbourne Jun 29, 2017
Princess Diana on a royal tour of Canada in 1983. Boris Spremo/Toronto Star via Getty Images

From the first time she appeared on the scene as the beautiful "Shy Di," through her "fairytale" wedding to Prince Charles, their bitter divorce and her tragic death, Diana, Princess of Wales, fascinated the world. Here are five things that you may not know about her.

1. She Had a Brother Who Died as a Baby.

Diana was her parents' third daughter, born in 1961 into the aristocratic Spencer family. She told Andrew Morton for the book "Diana: Her True Story": "It was a very unhappy childhood ... I couldn't understand why I was perhaps a nuisance to have around, which in later years I've perceived as being part of the whole question of the child who died before me. It was a son (John, who died within ten hours of his birth in 1960) and both my parents were crazy to have a son and heir. 'What a bore, we're going to have to try again.' And then comes a third daughter." Her parents later had a son, called Charles, in 1964.

2. Her Handbag Trick Foiled the Paparazzi.

Princess Diana steps out of various cars, clutching her purse to her cleavage when necessary.
Tim Graham/Getty Images

One of Diana's favorite accessories designers was Anya Hindmarch, who created a clutch purse that Diana strategically displayed. "She would pop into our first shop on Walton Street, without any bodyguards, and she was very lovely, very low key," Hindmarch recalled to The Telegraph. "She always used to refer to [the Anya clutch] as her 'cleavage bag,' because she would use it when she got out of the car to protect her modesty." Indeed, you'll see several pictures of Diana with her clutch purse up by her cleavage. Kate Middleton, the duchess of Cambridge, also only carries a clutch, but for different reasons.

3. She Was Initially Terrified Around Land Mines.

In the last years of her life, Diana became involved in the cause of unexploded land mines left behind from wars, which caused civilians to lose limbs after unsuspectingly stepping on them. In February 1997, she made a highly publicized documentary with the BBC where she donned protective gear and walked through a field strewn with land mines in Angola. She was accompanied by Paul Heslop, who at the time worked for an organization that removed these land mines.

"She wasn't making eye contact, and I felt that initially she was disinterested," he recently told the BBC. "And then, when the whole mob of journalists came off the other planes I suddenly realized why she was so nervous. And this poor woman was about to go into a live minefield, a dangerous area, in front of however many hundreds of millions or billions of people on the news, and I thought back to the first time I went into a minefield, and I was petrified."

In the field, the princess was shown a dummy land mine and she pushed a button to detonate it, just as Heslop's team normally did. They took great care to keep her safe. "I did not want to be on the front page of the news the next day as the man who'd blown up Princess Diana," said Heslop. A year later, after Diana's death, the UK ratified the international convention banning land mines.

4. The Car She Died in Was Structurally Unsafe.

Diana died in Paris in August 1997, in a car crash that has been the source of controversy ever since. Conspiracy theorists believe that her death was orchestrated, but many of the mysteries surrounding it have been solved. One involved the whereabouts of a white Fiat Uno which was driving slowly in the tunnel that Diana and her boyfriend Dodi Al-Fayed raced through with driver Henri Paul at the wheel. Some people wondered if the vehicle had been put there to purposely to cause Paul to lose control of the car. Police never found the vehicle, but some French journalists recently discovered it had belonged to a Frenchman of Vietnamese origin. The man was frightened by the commotion surrounding the crash, took off, and later repainted the car red.

An even bigger revelation from the journalists was that the Mercedes Paul had been driving had instability problems, and had been written off after being involved in a major accident two years earlier. Yet somehow, the car was rebuilt and sold to a limousine company who used it to ferry guests of the Ritz hotel. Paul was also drunk at the time of the accident was driving the car at 90 mph (145 kph).

5. A Musical of Her Life Is Headed to Broadway.

The team behind the Tony-winning show "Memphis" has created a musical called "Diana" that has attracted attention from Broadway producers. Currently it's being workshopped at various venues and is slated to open on Broadway on March 31, 2020, at the Longacre Theatre, says Playbill. The plot mainly centers around Diana's marriage to Prince Charles and will feature all the usual suspects — including Queen Elizabeth and Charles' mistress-turned-second wife Camilla Parker Bowles. Expect lots of '80s-style music courtesy of the team's composer-lyricist David Bryan, who is also the keyboardist for the band Bon Jovi.

Now That's Interesting
Diana expressed compassion toward people from an early age. At her boarding school, she visited the elderly in a home once a week. "I adored that. It was sort of an introduction for bigger things," she recalled.

Here's Why You Shouldn't Eat a Box Turtle in the Wild

Black Loyalists Fought for Their Freedom During the American Revolution 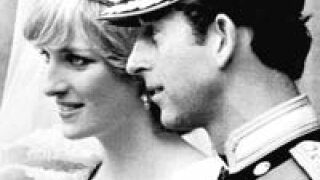 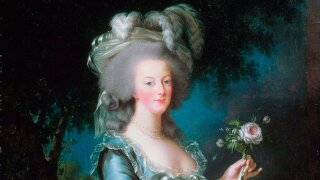 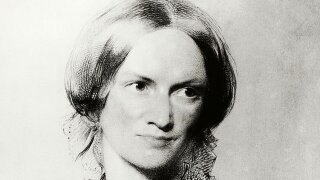