Do celebrities really die in threes? 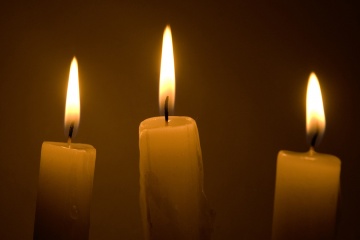 Everyone likes to think there's something deeper when a celebrity dies. One of those thoughts is that they only die in threes, but how true is that?
Ruslan Nassyrov/Thinkstock

Every time a celebrity dies -- especially if said celebrity has had the misfortune to expire immediately after another famous person -- the morbid game begins. As soon as the news comes out, we start placing our bets on who's going to be next, keeping a watchful eye on ancient film stars and drug-addled starlets. We're totally certain there will be a "next" because we all know celebrities always die in threes, right?

You might not want to place that bet quite so fast. First of all, there doesn't seem to be agreement on the exact components of a true celebrity death trio. People start playing fast and loose with the definition of "celebrity" when they're scrambling to create a threesome. Obviously, the more famous the celebrities, the greater the impact. Three A-listers (or former A-listers) is the gold standard, but that's a tall order. Using different fame levels is usually necessary, but exactly how far down the ladder can you go? And timeframe is also important, stretching it devalues the trio. Ideally, you want a span of a few days to a week. If three major celebrities die over a summer, it's not a celebrity death trio. It's just regular old death.

For all the talk, there have been only two truly legitimate celebrity death trios in recent years. In December 2006, James Brown, Gerald Ford and Saddam Hussein died over a five-day stretch (some might say that politicians and dictators aren't really "celebrities," but they definitely count in this game). And the Internet basically exploded in June 2009 when Ed McMahon, Farrah Fawcett and Michael Jackson met their demise within two days of each other. But a handful of other famous triads didn't pack quite the same punch: Ray Manzarek/Jean Stapleton/James Gandolfini in June 2013, Johnny Cash/Warren Zevon/John Ritter in September 2003 and the somehow extra-unlikely Alexander McQueen/J.D. Salinger/Corey Haim group in January and February 2010.

For every seemingly complete celebrity death triumvirate, there are countless unfinished duos. Gary Coleman and Dennis Hopper never got their triplet and neither did Margaret Thatcher and Annette Funicello, Jimi Hendrix and Janis Joplin or Robin Williams and Lauren Bacall. Another high-profile passing in August 1997, along with Princess Diana and Mother Teresa, would have been a death trio for the ages. But somehow we still insist on the three, even though there's really no ground for it.

There have been a few informal studies attempting to debunk the theory. One used the "notable deaths" section in the World Almanac, by which yardstick we have the dearly departed celebrity trio of ... Dave DeBusschere, Robert Stack and Wendy Hiller. Maybe some people's worlds were rocked by the fact that a former NBA player, an actor and an Oscar-winning actress all died on May 14, 2003, but we're thinking it wasn't too many. Other studies, using the death notices on the front page of Google News and obituaries of a certain length in the New York Times, came up with similarly unsatisfying mishmashes -- people who were not household names dying at random times that did not match up with other "celebrities." Imagine that.