by Chris Opfer Jul 11, 2016
Are the aggression and ruthlessness associated with the stereotypical paparazzo due to a gender imbalance in the industry? Caiaimage/Tom Merton/Getty Images

If you enjoy tuning in to the bottomless pit of human despair that is the TMZ afternoon television show, have seen the movie "Nightcrawler," or just happen to live in one of the select few places where the rich and famous do their thing, you might be forgiven for assuming that the business of chasing and photographing celebrities without their consent is a dudes-only affair. Every time we see a Tom Cruise, Selena Gomez or William H. Macy (sure, why not?) out in public, they seem to be flanked by a flock of camera-toting bros.

The truth is that the paparazzi field is definitely male heavy, but there are at least a handful of ladies who have also turned snapping shots of Hollywood stars into a professional obsession. And their jobs ain't easy.

Jennifer Buhl worked as a "pap" in Southern California for three years before chronicling her experiences in the book "Shooting Stars." She has some advice for aspiring femme photogs thinking about getting in on the action. In addition to understanding how to frame up a shot and use a camera, Buhl says you also need a little street savvy and the ability to anticipate your subject's next move so you can beat the competition there.

She also says female paparazzi can expect to get the second class treatment from both their colleagues and the people they're photographing. Buhl told Cosmopolitan that she's been pushed, spit on and driven off of roads by fellow photographers, most of whom never said a thing to her.

That's just a little different experience than one unnamed female pap had when she ran into Kylie Jenner in 2015. The reality TV star apparently called the woman a nasty name and told her that ladies shouldn't sling photos in the Hollywood gutter.

That said, with the aggressive and misogynistic atmosphere cultivated by the camera scrum following many celebrities, it's a tough industry for a woman to break into. After all, Buhl has said she only knows a handful of female paparazzi — and yes, if we were going 100 percent Italian, that should probably be paparazze — currently working in the U.S. industry.

Female paparazzi aren't common, but they do exist.
Caiaimage/Tom Merton/Getty Images
Now That's Interesting
The term "paparazzi" comes from an Italian photographer named Paparazzo in the classic film "La Dolce Vita." Director Federico Fellini said he wanted the character's name to sound like the noise a bug makes when it's flying around.

New Device Turns Grape Juice to Wine in Just an Hour. Where Do We Sign Up? 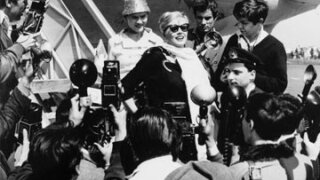 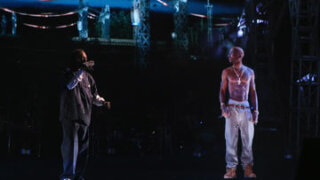 How do they make those projections of dead celebrities and politicians? 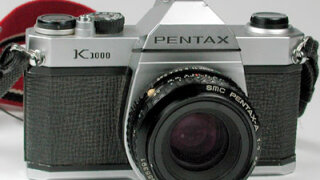 How Much Power Does Queen Elizabeth Really Have?
April 7, 2020