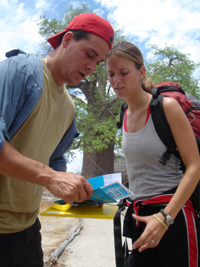 Rob and Amber pause to read a route marker while making their way to Botswana.

Racing around the globe for a million-dollar-prize sounds like a great time, as long as you're not the one responsible for setting it all up. For the producers in charge of two-time-Emmy-winning reality series, The Amazing Race, it's a logistical nightmare of the highest order. Moving people and equipment around the world for a month requires precise planning and a small army of people to pull it off.

"We have over 2,000 pe­ople working on the show worldwide," says producer/creator Bertram van Munster, who starts planning out each Race edition three months ahead of time. "In order to lay out the Race and make it financially, creatively and logistically work, I go everywhere and lay it out, and hand all that knowledge over to the rest of my team," he says. "Then I travel with my team again around the world and plan exactly where the camera position is going to go, what we're going to do, and come up with all the challenges." 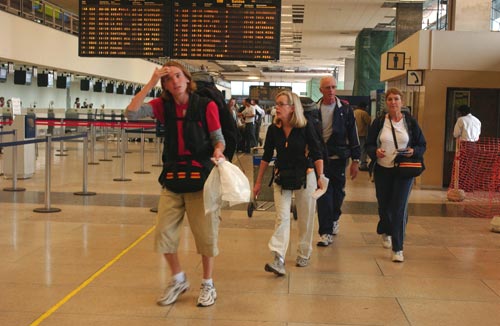 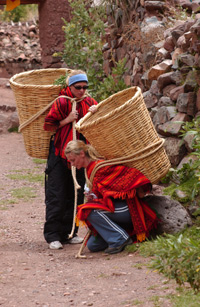 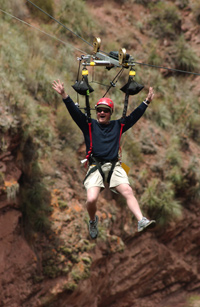 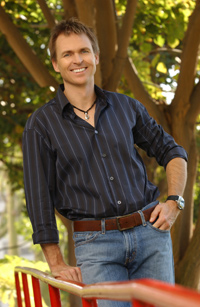 The current edition of The Amazing Race, its seventh, began in Long Beach, California with 11 teams, including engaged Survivor: All Stars winner and runner-up, Amber Brkich and Rob Mariano. Keoghan greets the teams as they arrive at the pit stop for each leg of the Race for a 12-hour rest. "They really do stink. And they always want to hug me," laughs the New Zealander, who adopts a stony demeanor for a second or two before he tells them they're still in the Race. "I want the tension there on the mat," he explains. "The feedback that I've gotten from the audience is that they love not knowing, and they love that I mess with them a little."

He interviews the contestants after they arrive, and those sound bites are used throughout the show. "When they come in, they're excited and pumped up and want to share their experiences. I get a front row seat to this amazing game," says Keoghan, for whom the hardest part of the job is telling the last team they have to go home. Once eliminated, teams must board the next plane to the U.S.

Keoghan, who produces and hosts No Opportunity Wasted for TLC and wrote a book of the same name last year in addition to his Race duties, had two days off in 2004. "I was so fried when I got home. But on the day when I didn't have anything to do, I didn't quite know what to do with myself. I couldn't actually believe that I had a day off. I added it up and I think I did something like 450,000 miles last year. I was speaking to a pilot who flies for Virgin about it and he said, 'Dude, you flew more than I did. I fly four times a month.' It was insane. I would wake up and go, 'OK, where am I? What country am I in?'"

He's not confused, however, about the appeal of this show and what sets it apart from its reality brethren. "A huge part of it is that we're always in unique places and can show you something you've never seen before," says Keoghan. "One of the things that makes Race stand out is that we have consistently had a show that has accentuated the positive, always gone for something uplifting that is a celebration of the human spirit, rather than a train-wreck show. The show is not about going to extremes to create television."

The cast of THE AMAZING RACE 7
Photo courtesy

Nevertheless, the producers like to change things up from time to time, adding new elements to the game. Season eight will feature teams of four players instead of two, all with some familial connection.

How 'The Simpsons' Works
Are 24-hour news channels on their way out?
What are TV upfronts?