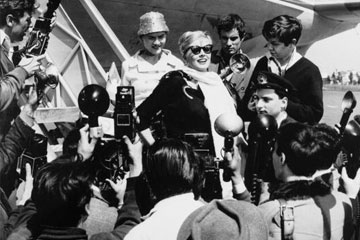 One of the first and most famous paparazzi-style photos ever taken might look like a vintage version of any A-list car exit arrival gone awry -- a la Britney Spears flashing a tad too much skin while getting out of limo in 2006, sans underwear. In the black and white shot taken at night in Rome, actor Anthony Steele is lumbering toward the paparazzo, visibly intoxicated, fists tightened, teetering on one foot at a perilous angle toward the ground. Behind him, Swedish actress Anita Ekberg, his bombshell wife, is on her way out of the sedan, eyes downcast, perhaps mentally preparing to face the camera. Clearly, the couple’s marriage wasn’t as picturesque as it might’ve appeared on a film set.

To the man behind the lens, Italian photographer and pioneer paparazzo Tazio Secchiaroli, the photo was career-making, renting the sacred veil between stars and the public eye. At the time, Rome was the go-to spot for celebrity sightings, since many film sets had migrated there from Hollywood in search of cheaper movie-making locations [source: Wood]. Stars twinkled in cafes, restaurants and bars along the famous Via Veneto, attracting those first paparazzi and their blinding flash bulbs. Ava Gardner, Jayne Mansfield and Anita Ekberg were among the prized targets, with paparazzi itching to catch them acting out in some way, not at all like a put-together celebrity image [source: TIME]. Around the time that Secchiaroli snapped the photo described above, Ekberg starred as a paparazzi-hunted starlet in Federico Fellini’s 1960 “La Dolce Vita,” the film often credited with the source of the term “paparazzo,” borrowed from the character Paparazzo, the leading man’s photographer sidekick.

Since Fellini’s derisive depiction of the camera-wielding wolf pack, the paparazzi have always carried a negative reputation. Unlike Bob Willoughby, the first on-set movie photographer in the 1940s, who snapped stars during breaks in filming, the paparazzi aren’t attempting to create art. Instead, their most profitable shots are the ones that remove any distance between the famous target and the viewer, exploiting everything from stars' emotional breakdowns to their bad hair days. Perfectly coiffed Britney Spears posing on the red carpet is worthless compared to a grainy image of her staring into a salon mirror with half her head shaved, electric razor in hand.

The ubiquity of paparazzi photography and the public’s ever-growing need for more images of stars going about their lives is a relatively recent phenomenon. As always, however, the group of photographers and shot callers spoon-feeding the contemporary tabloid culture remains exclusive, aggressive and money-hungry. 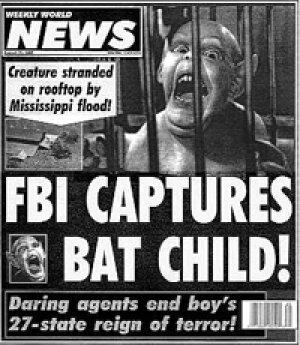 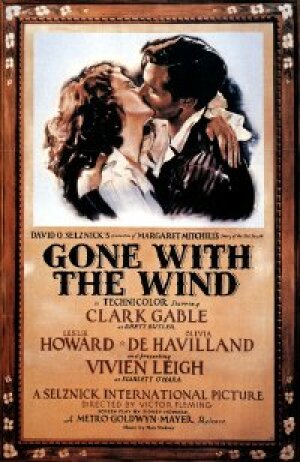 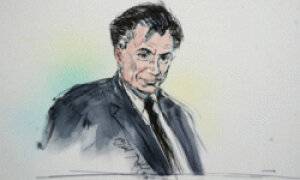