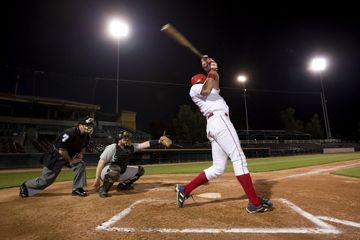 A foul-tip occurs only when the ball hits the bat and travels directly to the catcher's glove. See more sports pictures.
Donald Miralle/Lifesize/Thinkstock

Unless you're a baseball umpire or true baseball aficionado, you may never have heard of the term "foul-tip." And even if you have, you may be confused as to exactly what it is. A foul-tip ball is a ball the batter nicks or tips with his bat, causing it to travel directly into the catcher's hands or mitt, where the catcher legally catches it. Foul-tips are always strikes, not fouls -- their name is one reason they can be confusing. And they're always live balls [sources: MLB, Joel].

It doesn't seem too difficult of a concept, but let's add some further information and examples to make sure you understand [sources: MLB, Joel].

A final note: Umpires don't call out foul-tips, or at least they shouldn't. First, if an umpire does so, players may stop play when they hear the word "foul." And second, a foul-tip ball is a live ball. Just as an umpire doesn't sing out, "Fair ball!" he shouldn't shout out, "Foul-tip!" Giving the foul-tip sign is sufficient [source: San Diego Adult Baseball Umpires]. The umpire stands, puts his arms together, with his right arm on top. Then, he slides his right arm off and straightens it upward to his side before giving the strike hand gesture [source: California District 8 Little League Umpires]. 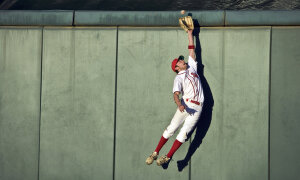 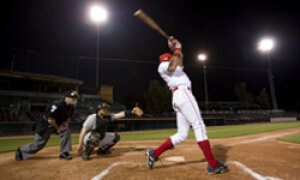