In 2007, Rawlings introduced one of the most expensive off-the-shelf baseball gloves ever made [source: Boyle]. Running up to $400, you'd think the Italian-leather, double-layer, wool-lined, hand-sewn Primo would come at least partially broken in.

But no. The owner of a Primo (assuming it's not behind glass) has to soften and shape the glove just like a player with a $30 model.

Why's that? Most gloves are made of thick, heavy leather, usually from cows, and come off the assembly line with very little give. Since it's harder to catch a baseball in a stiff, ill-fitting glove than in a supple one conformed perfectly to your hand, breaking in a glove is standard procedure.

That wasn't always the case. Gloves came to baseball in the 1870s for protection, not performance. They were initially frowned upon by purists as an unmanly attempt to escape the hand injuries that simply came with the sport. But gloves caught on as pitchers found them useful for lessening the bruises they developed from repeatedly catching balls coming from all directions [source: Eye Witness to History].

Now, 150 years later, the glove means almost as much to baseball as the bat. And breaking in a glove might be as significant as catching a ball with it. The ritual applies to 10-year-olds in T-ball and men earning millions in the majors, though their methods may (and often should) differ. Some of the approaches used by Major League Baseball (MLB) players can shorten the life of a glove, but who cares when you've got brand-new, high-quality, free gloves practically thrown at you every year by manufacturers looking for publicity [source: Hise]?

For the rest of us, it's probably best to break in a glove without damaging it.

There are a million opinions on the best way to make a new glove feel like an old friend, but all of them share two goals: softening the leather and forming a pocket for the ball. Softening comes first, and it can damage the glove if you take some of the approaches used by some of the pros.

Soften It Up: If You're Rolling in Gloves

Some players stick with a favorite glove year after year. Others break in a new one fairly regularly -- and their methods can be pretty creative. Seattle Mariners pitcher Felix Hernandez, reports ESPN, goes the microwave route.

Actually, a lot of players take this approach [source: Caple]. Exposing a glove to extreme heat quickly makes the leather pliable. Less than a minute in the microwave can make for a very soft glove. Fifteen minutes in a 350 F (177 C) oven (preheated and then turned off) can do the trick, too [source: Erskine].

But you'd be hard-pressed to find a glove manufacturer who recommends either of these methods. While cooking a glove makes it softer faster, it also makes it wear out faster, since high temperatures can weaken leather fibers [source: Erskine]. Remember, this is actual animal skin you're dealing with. It can, in fact, cook.

If you take this approach, it's important to watch the glove while it heats up -- if you overcook it, it may get so soft and weak you can't use it at all [source: Erskine].

But if your next $300 glove is already being thrown at you, no big deal.

Some players go another damaging route: soaking. They'll dunk a glove in water for a couple of minutes before heating or shaping it. This, too, is effective but risky, since prolonged exposure to water can speed deterioration of the leather. It might also lead to mildew, since the interior can take a while to dry out [source: Erskine].

A less wet but more energetic technique, the "beat the crap out of it" route is pretty popular, too. Players stomp on it, take a bat to it, hammer it, throw it off a balcony and, at least in legend, run it over with a car. These methods do soften the leather, but they're also difficult to control. You may end up with a pretty mangled glove.

For those short on time and long on extra gloves, beating, cooking and dunking may be perfectly wise choices for softening a glove. Heck, why not combine them – dunk the glove in water, then microwave it, and then stomp away.

But those with just one glove and plenty of time before the season starts might want to take another approach.

Animal skin may be on its way out – or at least losing some market share. Leather quality has degraded in recent decades due to ranching practices, and an increasing number of glove makers are going at least partially synthetic. One small company, Carpenter Trade, uses a polymer material to produce a lighter glove with shorter break-in time and significant PETA appeal. The manufacturer scored big in 2011 when Yankees pitcher Brian Gordon debuted a Carpenter glove on the mound, becoming the first Major League player to go (mostly) vegan [sources: Harvey, Kuraray].

Soften It Up: If You Just Have the One

If gloves don't grow on trees in your world, safer is probably better. That doesn't mean you have to forgo all the interesting stuff, though.

Heat and moisture aren't always bad for a glove. For instance, experts recommend soaking a towel in hot water and wiping down the surface of the glove before forming the pocket (keep reading) [source: Erskine].

Steaming, too, can achieve leather-friendly suppleness with a combination of water and heat, opening the pores in the leather to make it more pliable [source: Lace My Glove]. This is the newest thing in glove-breaking, and even manufacturers seem to be OK with it [source: Mizuno]. Most sporting-goods stores offer glove-steaming services (see sidebar), and you can also DIY by boiling some water and suspending the glove over the pot for a few minutes [source: Lace My Glove].

And yet, you needn't steam. Or microwave. Or dunk. Or pummel.

All you have to do to break in a glove is use it. Derek Jeter has revealed that he goes the just-use-it route [source: MLB]. A few weeks of playing baseball or a lot of catch with a strong thrower is all it takes. If you have a batting cage nearby, that can be even better. Just catch every ball the machine pitches instead of hitting it. It's like playing an entire season in an hour, which means you get tons of practice while you break in your glove.

Another generally agreed-upon way to soften a glove without hurting it is with a nice, firm massage using a leather-safe oil or cream. You can use this method after steaming (or beating or heating) or as a stand-alone treatment. Some products can clog the leather's pores, which would only make it stiffer (and heavier), so choose your substance wisely [source: Vinci]. Special glove conditioner, leather conditioner, baby oil, pure petroleum jelly and shaving cream are safe choices, and five or six pea-sized drops per glove is plenty [source: McKay, Vinci]. Let glove absorb the softening agent for 24 hours, wipe off what's left on the surface, and knead the glove to loosen it up. Don't apply any more softening agent for at least two weeks. As always, too much of a good thing can damage the leather [source: Vinci].

Artificial approaches to softening are widely debated and, judging by the still-popular just-use-it approach, optional. Shaping, on the other hand, is a pretty universal break-in component.

While it's nice that you can pay $10 to have your glove steamed in a sporting-goods store, there are those who argue it's pointless. The pores will probably be closed by the time you get around to the shaping [source: Lace My Glove]. So unless you plan on shaping your glove at the counter or in the car on your way home, save your money and boil some water on the stove.

Give It Some Shape

A detailed view of a baseball glove and balls on the bench prior to the start of a game between the Pittsburgh Pirates and the Detroit Tigers at Comerica Park, Detroit.
Leon Halip/Getty Images

You almost certainly know what it looks like to shape the pocket of a baseball, though you may not realize it. The image is an iconic one: a baseball glove folded around a baseball and tied with twine.

Or rubber bands, or a gym sock, or even a pretty pink ribbon. It doesn't matter [source: McKay].

This part of the break-in process is about forming a pocket perfectly suited to catching and holding onto a baseball. The pocket lives between your thumb and index finger, just below the webbing.

The best way to do this, aside from catching a few hundred baseballs, is to place one or two balls in the palm of the glove, close it up tight, and tie it shut [source: McKay]. Some players will then apply pressure – maybe stick it under a mattress and sleep on it.

You can also pound the pocket with a special baseball mallet, the head of which is shaped like, you guessed it, a baseball. Sometimes head of the mallet actually is a baseball. This mallet can also help reshape other parts of the glove, like a tough spot that rubs uncomfortably against your thumb.

You'll find another benefit in the "few hundred baseballs" approach, because you want to shape the glove to your hand, not only to the ball. Catching ball after ball – aka "using the glove" – molds the leather to your hand simply through pressure and movement, creating a custom fit.

And that's what breaking-in is all about, whether you're wearing a $400 glove or a $30 one. A baseball glove should, in the end, feel like an extension of your own hand, only stronger, bigger, and less prone to shattering when you catch a line drive.

Plus, it's tough to imagine baseball without a well-worn glove tied snugly around a ball, waiting for next summer to arrive. Never underestimate the power of ritual.

Author's Note: How to Break In a Baseball Glove

Reading about the variety of suggested (or at least reported) break-in methods, I found myself wondering if some of these people were pulling my leg. I have a leather jacket that's two years old and still isn't as soft as I want, but you don't see me microwaving it (though since writing this, I've thought about it). The running-it-over-with-a-car thing in particular struck me as a joke -- what if, unbeknownst to you, you've got dead squirrel all over your right front tire? -- until I learned that this method was passed down through generations of my husband's kin. I've never seen any of them play baseball, though. And my husband says he never tried it. And none of the MLB players I read about mentioned this approach. So ... I'm thinking some long-dead baseball fan is having a good laugh. 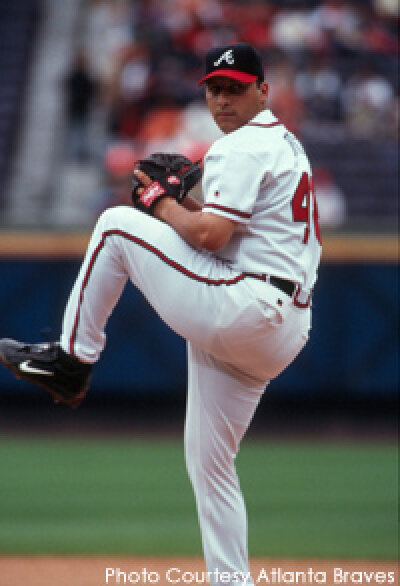 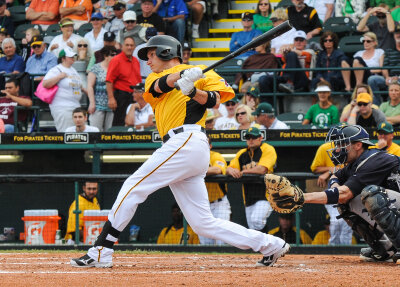