New York Yankees second baseman Chuck Knoblauch (R) throws a pitch to first base to complete a double play during the 1999 World Series. Luckily for Knoblauch, the yips didn't plague him during that particular play as they had all year.
© Reuters/CORBIS

It was June 15, 2000, and Chuck Knoblauch had had enough. The second baseman for the New York Yankees had made three throwing errors in the first six innings of a 12-3 loss to the Chicago White Sox. A little while after Knoblauch made his third miscue of the evening, manager Joe Torre walked out of the dugout to change pitchers. While the rest of the Yankee infield gathered on the mound, Knoblauch stood alone at second, hands on hips, wallowing in his pain [source: Olney].

When the inning finally ended, Knoblauch returned to the dugout, talked briefly to Torre, and walked out of Yankee Stadium, frustrated at his on-field performance. Two days later, Knoblauch was back, much to the chagrin of those sitting behind the first-base dugout. He made another throwing error — this time the ball struck an elderly woman instead of the first baseman's glove. The woman wasn't seriously hurt. Ultimately, Knoblauch was relegated to the outfield where, presumably, his scatter-arm would be less of a danger to both the Yankees and the spectators [source: Sports Illustrated].

Knoblauch's throwing problems were inexplicable. He was once a Gold Glove infielder — one of the best at his position. Then, beginning in 1999, Knoblauch's arm had, for no apparent reason, begun to resemble a Scud missile — no one knew where the ball was going to land. He committed 26 errors that year, an agonizing amount in one season. A year later, Knoblauch committed 15 errors. He left the game for good in 2002, the victim of one of the most extreme cases of "yips" in sports [source: Baseball-Reference.com].

Although the yips sound like a group of characters in a Dr. Seuss book, they're a serious malady for many athletes. A yip is the inability of an athlete to complete the most fundamental and mundane of tasks. Scottish-American golfer Tommy Armour allegedly coined the term in the 1920s to describe his failure to make short putts. As for Knoblauch, he had a hard time throwing to first base. Golfer Robert Karlsson had such a bad case of the yips that he wondered if he would ever play again. Heck, onetime New York Mets catcher Mackey Sasser lost all ability to throw the ball back to the pitcher — something any Little Leaguer can do with precision and regularity [source: Star].

So what causes the yips, and what can athletes do to overcome the problem?

Why certain athletes, mostly men, get the yips is a mystery [source: Crace]. The condition generally comes on late in an athlete's career, although others, such as musicians, dentists (Ouch!) and surgeons (Oh, my!), can suffer, too. There are no warning signs, no symptoms. One day the yips appear, and in many cases, they never leave [source: Collins].

The yips are involuntary jerks, twitches or spasms that wreak havoc on a person's fine motor skills. Tasks that a person has performed hundreds, if not thousands of times, suddenly become chores. Although the problem manifests itself physically, most people suspect the yips have psychological underpinnings relating to stress and feelings of anxiety.

A few years ago, psychologists at the University of Texas looked at the free-throw percentage of NBA players in the final minutes of games when their teams were behind by a point. For three seasons, researchers charted the players' free throws during these high-stress situations. They found that when the pressure was on, the players shot worse than their career free-throw percentage [source: Beilock].

Some researchers say the yips might have a physical genesis, too, a form of dystonia, a neurological disorder that causes the involuntary contraction of muscles. Dystonia results in twisting and repetitive movements. The condition can affect just one muscle, a group of muscles or all of the body's muscles. Scientists have linked dystonia to the abnormal function of the basal ganglia, a part of the brain associated with involuntary movement. In fact, Aynsley Smith at the Mayo Sports Medicine Center in Rochester, Minn., concluded that one type of yip is a form of dystonia, while a second type occurs when a person thinks and worries too much about completing a task [source: Beilock].

On the other hand, Dr. Charles D. Adler, a Mayo Clinic neurologist, concluded in 2011 that the yips, at least in a small group of golfers he studied, were brought on by a movement disorder instead of stress or anxiety. Adler studied 25 golfers who claimed to be suffering from the yips, and compared them to 25 other golfers who were yip-free. Adler matched the golfers based on age, sex and golf handicap. Adler asked all the golfers to putt from varying lengths while he measured the electrical activity in their muscles with two specialized devices, including one called the CyberGlove II.

Adler found that 17 golfers — 15 of whom complained of the yips — exhibited signs of involuntary muscle contractions of their wrist, hands and fingers. He called the twitches and spasms "golfers' cramp" [source: Mayo Clinic]. Adler cautioned, however, that anxiety and stress might still play an important role in the yips [source: Smith].

Scottish-American golfer Tommy Armour may have coined the term, but he didn't let the yips derail his career for good.
© Underwood & Underwood/Corbis

For decades — perhaps centuries — athletes have had to battle through the yips. Some have been successful. Tommy Armour for example, won major tournaments despite the yips. Baseball's Steve Sax had a bad case of the yips in 1983 when he played for the Los Angeles Dodgers. He made 30 errors that season. He eventually settled down and became a decent defensive second baseman. Others, however, have not been as lucky. Steve Blass, a hard-throwing right-hander for the Pittsburgh Pirates lost his ability to find the strike zone in 1973, a year after he won 19 games. He left the majors in 1974 [source: Baseball-reference.com].

What can you do if you get a bad case of the yips? Scientists from the Technical University of Munich say squeezing a soft ball or making a fist with your left hand before you pitch or putt could help. Why is that? The German researchers say all of us perform some activities automatically with little thought. Such "muscle memory," along with the left side of our bodies, is controlled by the brain's right hemisphere [source: Collins].

If a golfer concentrates too much on his swing or a baseball player focuses too much on throwing, each stage of the movement becomes disjointed and erratic. That's because the athlete is no longer relying on his muscle memory to complete the task but instead is using the left side of his brain, which controls conscious movement. To strengthen the muscle memory, the Munich researchers theorized that making a fist or squeezing a ball with the left hand would increase the activity of the right side of the brain and allow the muscle memory to work its magic [source: Collins].

Apparently, they were right. Researchers tested their theory on a number of athletes including soccer and badminton players. When the pressure mounted, scientists asked half of the players to squeeze a small ball in their left hands, while other players did the same but with their right hands. Players that squeezed the ball in their right hands did not perform well in the pressure-filled situation, while those that squeezed the ball in their left hands did [source: Collins].

If squeezing a ball might work, what about a wristband? Neuroscientist Robert Goldberg has invented a high-tech band worn around the wrist that measures stress during a round of golf. The information is automatically relayed to an iPhone app, which allows a golfer, or his or her coach, to see how much stress the athlete is under. Goldberg hopes golfers will use the device to understand what triggers stress and devise ways to overcome the problem [source: Cacciola].

Despite such research, the yips remain a mystery, especially to those burdened by them. Cleveland Indian pitcher Chris Perez has seen his share of suffering. In the end, he said, the problem is mental. "They're telling themselves before [the ball is] hit, 'don't throw it in the dirt,'" Perez said in an interview with MLB.com. "And of course, they throw it right in the dirt."

Author's Note: What causes the yips?

For us occasional athletes, the yips are a great excuse for when we miss an easy putt, make an error in softball or roll a bowling ball down the gutter. I have used the explanation hundreds, if not thousands, of times. "I just have a bad a case of the yips," I say. "Blame those involuntary muscle contractions. I'm really not that bad." Sure! 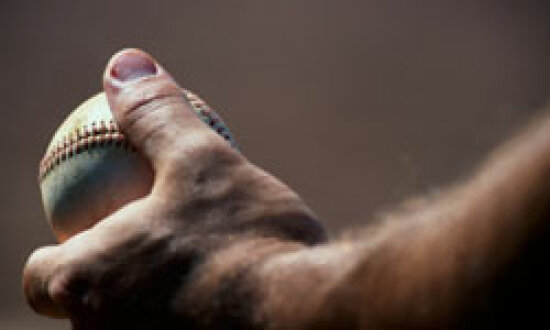 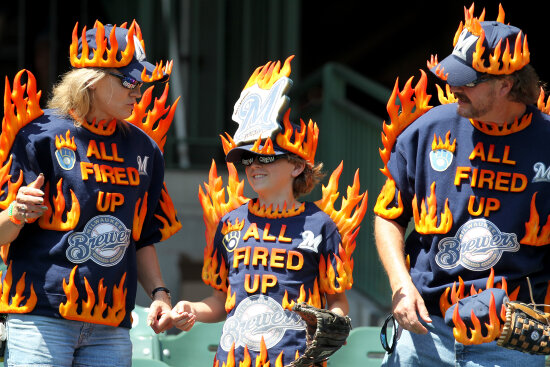 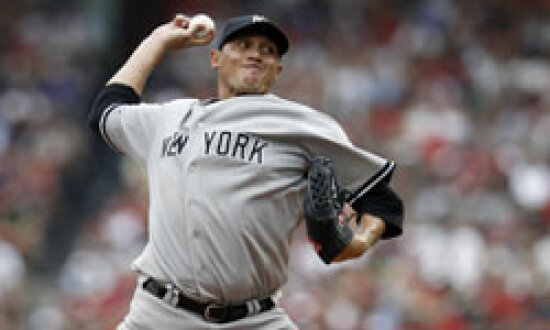