The History of Stunts 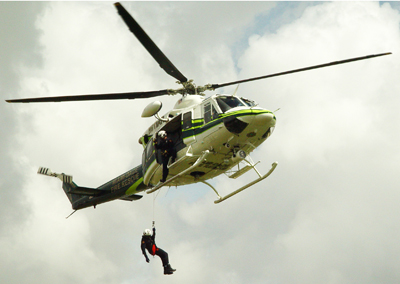 Although wires can be removed with computers, they can't recreate real-life stunts such as this.
Photo courtesy stock.xchng

In the early days of the film industry, no thought was given to professional stunt performance. If something risky needed to be done for a scene, the producers would hire anyone crazy or desperate enough to do it. The first professional stuntmen were comedians like the Keystone Kops and Buster Keaton. They still weren't trained to perform stunts, but instead learned through trial and error. If they needed a scene where a man hung from a steel girder hundreds of feet above the ground, they didn't make a fake steel girder a few feet above a padded mat -- they found an actor willing to hang from an actual steel girder. The modern action movie didn't exist yet, so most stunt work was done for slapstick comedies.

Beginning around 1910, audiences developed a taste for serial action movies. This called for riskier stunts and the first use of dedicated stunt people doubling for actors in dangerous scenes. The rise of the western in the silent and early sound era of film gave rise to a host of rodeo stars turned movie stars and stunt people. Tom Mix and Yakima Canutt were among the most famous.

The 1960s and 70s saw the development of most modern stunt technology, like air rams, air bags and bullet squibs. That technology has continued to evolve into the present. However, the biggest thing in stunt technology is something some stunt people fear could put them out of a job -- computer generated images (CGI). As computer graphics improve, it's possible to create very life-like CGI scenes. This allows directors to shoot stunts that would be very expensive, dangerous or simply impossible to perform with real stunt people. CGI has been used to create elaborate fight scenes, falls, car crashes, explosions and more. However, there will always be a demand for the realism of an actual stunt, and CGI has costs and difficulties of its own, so the Hollywood stunt industry is probably in no danger of dying off.

There is no Oscar awarded for stunt work, although the Academy of Television Arts and Sciences does award an Emmy for stunt coordinators (not individual stunt people). The reasons given for not awarding an Oscar range from not wanting to remove the anonymity and illusion from stunt work to the academy’s desire to trim awards and shorten the Oscar ceremonies rather than adding more [Source: Opinion Journal]. However, in 1967, Yakima Canutt was awarded an honorary Oscar for his stunt career.

The Taurus World Stunt Awards Foundation not only gives stunt people their own awards at an annual show, but offers financial support to stunt people worldwide who have been injured while on the job [Source: Taurus World Stunt Awards]. In 2007, Gary Powell won the Taurus award for best stunt coordination/2nd unit direction for his work on “Casino Royale,” the latest in the James Bond series.