How to Become a Stuntman 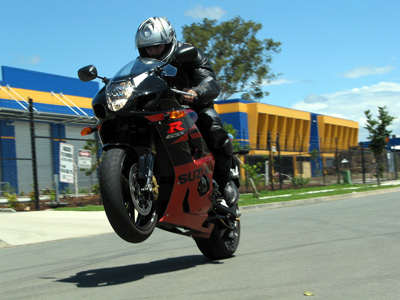 Learning to ride a motorcycle is a good idea for someone looking to get into stunt work.
Photo courtesy stock.xchng

There's no easy way to become a stuntman -- there's no "stunt degree" you can go to school for, then show up in Hollywood and get stunt work. All stunt people learn their craft through a long apprenticeship with an experienced stunt person. But here again, there's no clear way to get such an apprenticeship; no formal method of approaching it.

To work as a stuntman at all, you must become a member of the union that governs all on-screen performers in film and some television -- the Screen Actors Guild (SAG). Getting your SAG card requires you do some work on-camera as an extra, a challenge all by itself. Working frequently as an extra is a good way to become familiar with film sets and stunt coordinators. Experienced stunt people recommend speaking briefly with a stunt coordinator when he isn't busy (a very rare event) and giving him your resume and headshot along with an offer to assist him with any stunts. If you have the right look and skills for a stunt, you might get a phone call at some point in the future.

How do you develop the right skills? Most people in the industry recommend developing a range of skills, rather than specializing in one area. A class in stage combat is a must. Experience in rock climbing, skiing, sky diving, scuba diving and martial arts can all come in handy. There's an International Stunt School run by the United Stuntmens Association that gives seminars and classes on various aspects of stunt work. Having that on a resume certainly won't hurt. Additional experience in high-performance driving, horseback riding or firearm use will also come in handy.

Once a stuntman has a foot in the door, they will gradually work their way up from acting as a gopher for the second-unit director to minor stunts like punches, until they finally get to work on a big stunt. Even at this level, it can be a tough business -- the work isn't steady and there's a lot of competition for just a few jobs. Very rarely will a stunt person get a contract to perform stunts regularly over a long term. A notable exception is stunt woman Sophia Crawford, the stunt double for Sarah Michelle Gellar in the "Buffy the Vampire Slayer" series. Because she had the right look and skills she was given the contract to double Gellar throughout the series.