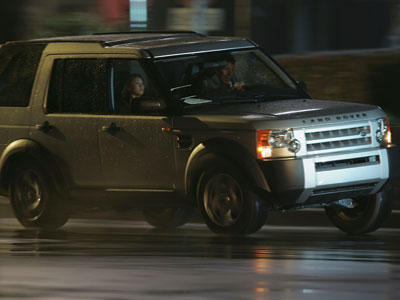 You're on the edge of your theater seat, stuffing popcorn into your mouth and washing it down with a 50-ounce soda. James Bond's Aston Martin tears through the streets of Paris, London, Tel Aviv. It narrowly misses passersby, it clips fruit stands, it shreds cobblestone streets and defies gravity as it shoots up a ramp and over a group of unassuming tourists. Bond fishtails, speeds into a 360-degree spin, goes zero to 60 in mere seconds. Nothing can stop 007 from thwarting the world domination plot of the evil genius and his inferior driving skills. Bond is a force to be reckoned with behind the wheel -- so much speed and destruction without a single innocent victim in his path.

Movie history is chock full of eye-popping car chases. Gene Hackman's classic run through the crowded streets of New York City in "The French Connection." Steve McQueen sailing over the steep avenues of San Francisco in "Bullitt." Matt Damon navigating the narrow alleys of Paris in "The Bourne Identity." These chases are the stuff of movie legend. They allow moviegoers to escape into a world where the good guy hits every turn and nails every angle, leaving the villain wrecked or trapped behind an ill-timed street parade.

­Aside from Steve McQueen, who was notorious for performing his own stunts, the death-defying car maneuvers you see on the big screen are the work of precision drivers. While stunt drivers are putting their lives on the line, Hackman, Damon and all of the James Bonds are probably just relaxing in their trailer. Precision drivers train for years to pull off the death-defying car stunts that look all too easy on the big screen. A tremendous amount of planning and preparation goes into the filming of any car stunt or chase scene.

These master drivers may test the limits of what can be performed in a car, but safety is always the first priority on the set. It takes the work of dozens and sometimes even a hundred crew members to pull off each shot without accident or injury. The center of all of this is the driver himself. There is no room for error, whether it's a big-budget action film or a limit-testing television commercial.