Stuntmen and the Second-unit Director 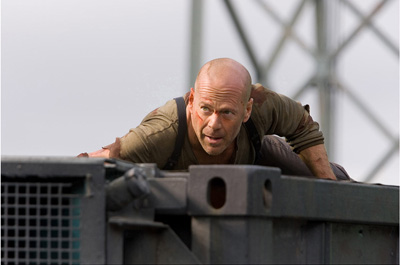 While the director is in charge of his or her movie set, chances are he or she doesn't have a background in stunt work. When stunts are planned, practiced and filmed, the stunt coordinator is in control. The coordinator hires the stunt people he feels are best suited for the job, plans out the stunts, makes sure all safety protocols are followed and keeps the stunt crew working smoothly.

On many films, stunt sequences are directed by a second-unit director. Because stunt scenes rarely involve the actual actors in the film, the second unit can shoot those scenes while the director is shooting scenes with the movie's big stars. For example, in a car chase, the second-unit director shoots the cars themselves and all the exterior action as they careen through the streets. Meanwhile the director is in another location shooting close-ups of the actors inside the cars (or mock-ups of cars), talking, acting like they're driving at high-speed and reacting to the chase. Later, the two shots are edited together to make it look as if Harrison Ford is the one actually driving a car at 90 mph through a subway tunnel.