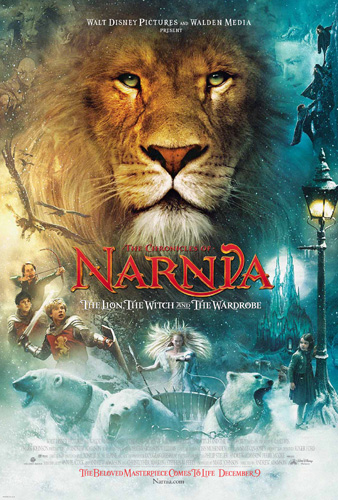 Past adaptations of "The Chronicles of Narnia" have included a 1976 ABC special, a 1979 animated feature and a BBC miniseries that aired between 1998 and 1990. But visually re-creating Narnia presents several challenges. Some of the most important characters are talking animals, and animals and mythical creatures take part in many battle scenes. For these reasons, movie studios have been reluctant to create a feature film.

However, the Harry Potter and "Lord of the Rings" movies broke new ground in special effects and proved that audiences could flock to a movie that starred previously unknown child actors. Filmmakers and critics alike credit these movies with clearing the way for work on full-length Narnia films.

"The Lion, the Witch and the Wardrobe," from Walden Media and Walt Disney Pictures, is directed by Andrew Adamson, who directed "Shrek" and "Shrek II." Filmed in New Zealand, it follows the stories of Lucy, Edmund, Susan and Peter Pevensie, who find their way into Narnia through a magical wardrobe. Narnia is in a perpetual winter and under the control of the White Witch. The children must work with Aslan and the inhabitants of Narnia to overthrow her. There are 60 distinct races and cultures in the film, and more than half of the characters are either partially or completely computer generated. Aslan is entirely computer animated, for example, and the centaurs are human actors combined with computer-generated horse bodies. This is why three large animation studios -- Rhythm & Hues, Industrial Light & Magic and Sony Imageworks -- have had to work together to complete the movie.

The film's production has a lot in common with "The Lord of the Rings" films. It was filmed almost entirely in New Zealand -- shots of real snow for the Lantern Waste were filmed in the Czech Republic. Rhythm & Hues used Massive, the program used for battle scenes in "The Lord of the Rings," to animate background fighters in the Battle of Beruna. Massive combines the movements of actors in motion-capture suits with artificial intelligence software to create computerized armies that can think and act for themselves. Also, Weta Workshop, which won Academy Awards for its work on "The Fellowship of the Ring" and "The Return of the King," designed the creatures and created armor, weapons and other items like Lucy's vial of healing cordial.

For lots more information on C.S. Lewis, "The Chronicles of Narnia" and filmmaking, check out the links below.