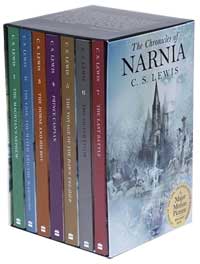 Like most children, when I was little I felt put upon by grown-ups. They made me work when I really wanted to read or play. To escape from doing homework and cleaning my room, I used my imagination to invent magical worlds that had neither parents nor school.

C.S. Lewis must have known that nearly every child dreams about getting away from parents and traveling to some place extraordinary. He tapped into just that fantasy in "The Lion, the Witch and the Wardrobe," the first book he wrote in the "Chronicles of Narnia." Children love the books, which have sold 90 million copies since their first publication in the 1950s [ref].

But "The Lion, the Witch and the Wardrobe" isn't the beginning of the story, nor is it the end. In this article, we'll explore the inspirations behind the "Chronicles of Narnia," as well as the world itself. We'll also take a look at the newest movie adaptation of the most famous of the seven books.