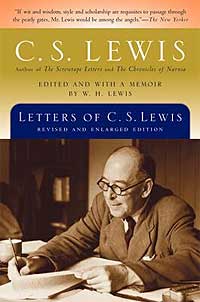 C.S. Lewis didn't just write about Narnia. In addition to writing other fiction for children and adults, he was a professor of medieval literature and wrote numerous works of literary criticism. He was also a Christian apologist, and wrote books and delivered radio addresses on Christian faith.

Several events in Lewis' life had a direct influence on the creation of Narnia. Born in Belfast, Ireland in 1898, Lewis and his family moved to a large house in the country when he was seven. The house was full of long hallways and empty rooms, and Lewis and his brother invented make-believe worlds while exploring their home. Lewis was also an avid reader.

Parts of Lewis' childhood were particularly unhappy. His mother died when he was 10, and he spent a long, miserable time in English boarding schools. Eventually, he went to live with William Kirkpatrick, a private tutor, who played a central role in Lewis' education and development as a writer.

Lewis served in the infantry during World War I, and he became a don, or professor, at Magdalen College in Oxford in 1925. He lived in a house called The Kilns with the mother of a fellow soldier who had been killed in the war. In 1936, he joined the Inklings, a group of writers that also included J.R. R. Tolkien.

Lewis and Tolkien became friends, and Tolkien was instrumental in Lewis' conversion to Christianity in 1939. After his conversion, much of his writing became devoted to Christian apologetics, or writing that explained and defended Christianity. Many of his peers in the teaching community found him to be eccentric and disapproved of his apologetics.

He continued to write apologetics until he lost a debate on Christian philosophy in 1948. Then, he began working on his most famous books, the "Chronicles of Narnia." He continued to write literary criticism, and he also wrote letters, often to children who were fans of his books.

Lewis married in 1956, and his wife died in 1960. They had no children, though several children who had been evacuated from London lived with Lewis during World War II. Lewis died on November 22, 1963, the same day as John F. Kennedy and Aldous Huxley.

You can learn about other events in Lewis' life in this timeline and in the many available biographies. Next, we'll look at how these influential events and other inspirations led to the creation of Narnia.

Many people know about the friendship between C.S. Lewis and J.R.R. Tolkien and assume that the men were fans of one another's work. But Tolkien was not at all fond of the Narnia stories -- he disliked their allegorical content and the mishmash of characters from multiple influences. However, Lewis may have taken inspiration from Tolkien's Ents as well as the Middle-Earth creation story found in "The Silmarillion." Although the two were good friends for some time, they were not close when Lewis died.