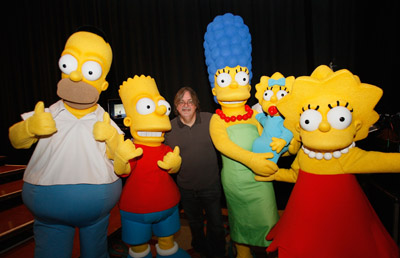 In 1989, the fledgling Fox network aired the first cartoon sitcom in primetime. "The Simpsons" was an instant hit. But for Fox, Sunday night success wasn't enough. The network executives decided to set their sights on the king of primetime comedy, "The Cosby Show," the highest rated sitcom on television for the past six years. In 1990, Fox moved "The Simpsons" from Sunday night to the 8 p.m. Thursday time slot, in direct competition with Cosby.

"The Simpsons" didn't come close to beating "The Cosby Show" that first year (although it did win a few prized age groups) but the bold scheduling move was part of an overall marketing strategy. For Fox, the message was, "We're here. We're young. And we're coming after the big boys." Nearly 20 years later, "The Simpsons" is widely recognized as one of the most popular shows in TV history, and some of the credit for its early success belongs to that much-publicized scheduling coup.

In today's media climate, the director of network programming also needs to be highly adaptable. Never before have there been so many entertainment options for the consumer. To stay relevant with the audience, network programmers are branching out from television into digital content delivery such as the Internet, mobile devices and video on demand.

So what exactly are the job responsibilities of the director of network programming and how do you break into this high-power, high-pressure career? Read on to hear all about it. 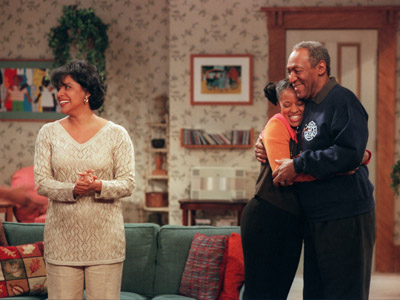 To understand the job of a director of network programming, you must first understand that network television is a business like any other. The goal is to make money, not entertain the masses. A television's show success or failure is determined largely by Nielsen ratings. Nielsen ratings tell potential advertisers how many people watch a specific show broken down by age and sex.

Based on these ratings numbers, advertisers can decide which TV program best fits their target audience. This is why there are so many beer and truck commercials during Monday Night Football and so many weight loss and wrinkle cream ads during Lifetime's movie of the week. If the shows on one network consistently get lower ratings than shows on another network, advertisers might decide to take their business elsewhere.

The job of the director of network programming is to gauge constantly shifting and fragmented audience tastes to build a morning, daytime and primetime TV schedule that draws the most viewers possible. That means higher ratings, better advertising sales and more profit for the company.

Scheduling is figuring out how to balance all those new ideas with existing shows in a way that entices rather than alienates the audience. If you move a hit show around too much, viewers might lose it. But if a primetime lineup gets too stale, viewers might go elsewhere looking for fresher ideas.

Scheduling is part of a TV network's overall business strategy: to make the most amount of money possible. The network might find that the existing shows aren't pulling in enough young, male viewers (a particular favorite for advertisers). The director of network programming might decide to throw a new bikini-clad reality show into a popular primetime line-up to convince more young male viewers to stick around.

This was the philosophy behind the old tent pole strategy used for years by the big four American TV networks (ABC, NBC, CBS and Fox). With the tent pole strategy, a network introduced new shows in between two confirmed hits, hoping that the hit shows would act as tent poles, pulling up the ratings of the shows before or after them. The biggest ratings success of that strategy was NBC's "Friends," which debuted at 8:30 p.m. Thursday night in between the hits "Mad About You" and "Seinfeld."

The job description of the director of network programming is changing rapidly. TV networks realize that not only are they competing with each other, but with other media delivery platforms, including streaming video available over the Internet and through mobile devices like cell phones and iPods.

In this evolving media universe, the director of network programming must figure out how to best deliver content to the most amount of people while generating the most amount of advertising revenue. This means that TV scheduling is only part of the equation. If a show debuts on Thursday night, it needs to be available for streaming on the network's Web site Friday night, available for download on iTunes Saturday night and available as video on demand by Sunday.

So what kind of person is best qualified to be a director of network programming? Is it better to be a savvy businessperson or a creative visionary? Keep reading to find out more. 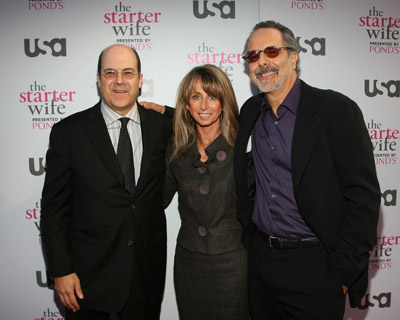 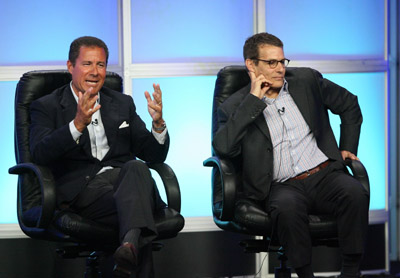 How do I get on a game show?
A Conversation With the Man Behind Big Bird and Oscar the Grouch
How TV Animation Works