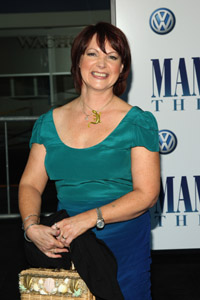 Every summer, thousands upon thousands of bright-eyed college graduates migrate to Los Angeles with the dream of becoming screenwriters. They get underpaid jobs as office temps, production assistants, executive secretaries and personal slaves to the stars, all with the hope that one day, somehow, someone will read their script and say, "Kid, welcome to Hollywood."

Screenwriters are the people who create movie and television scripts. Behind every hit TV show or box office flop is a screenwriter or team of screenwriters. You might think that your favorite actor is witty, savvy and smooth, but 90 percent of his charm comes from the laptop of some lady in Santa Monica. Screenwriters may not be household names, but they get paid well to do what they do, even though very few people are successful at it.

But there's something undeniably exciting about being at the heart of the creative process. The dialogue you type on your computer screen might be spoken by world-famous actors. Your detailed scene descriptions might be transformed into special-effects spectacles. And someday, this humble 135-page script tied together with brass tacks might be a blockbuster movie seen by millions.

What exactly are some of the different types of screenwriters? How do they break into the business? And what are the tools of the trade? Keep reading to find out more.