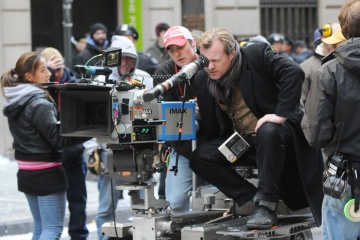 A movie can end up in “development hell” if the director and studio butt heads.
Arnaldo Magnani/Getty Images

You've written your very first screenplay, pouring what feels like your entire life into it. Next up is selling it to a studio and then sitting back and waiting for the money to roll in, right? Not even close. Most movies take years to complete, from the initial paperwork to the final product. And then there are projects that take even longer, if they ever get finished — the unlucky ones that languish in "development hell." What does that mean? And how does it happen?

Development hell is when a studio is trying to turn a screenplay into an actual movie, but the project stops dead. Sometimes it's killed outright, and sometimes it's put on hold — and years might go by until the project is revived (if it ever is).

There are myriad reasons a movie can end up in development hell. There are often problems between the director and studio — perhaps they don't see eye to eye on certain details of the film, or they might butt heads over the director's creative freedom. Filming could become a game of chicken, if it begins at all. There could also be disagreements over casting choices, plot points and budget.

Or maybe the big-name star the studio needed to carry the movie decides to step out at the last minute. Then the movie would need to be put on hold until the studio can find a suitable replacement, a process that could take months or years, especially when other films become higher priorities. Sometimes a script gets written and rewritten again and again, until it's in a constant state of being passed around.

Other reasons a movie could get stuck in development hell? Executive turnover at the movie studio, culture change (a story might not be "hot" anymore), unavailable music rights, disgruntled stars or a mismatch between a project and a producer. Sometimes, simply enough, a project just can't catch a break.

Check out some famous examples of movies that have been stuck in development hell:

How Spoilers Work
10 Totally Unappreciated 'Star Wars' Droids
Why Would Luke Want to End the Jedi?