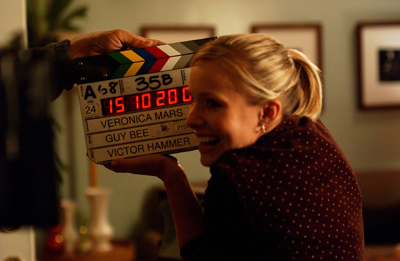 If you have a video camcorder, then you are used to video and sound getting recorded on the same tape. The sound and video are always synchronized because they are recorded together in one place (See How VCRs Work for details).

When filming a movie, the pictures and sound are recorded separately. The picture is recorded on film in the camera, and the sound gets recorded on a separate analog magnetic tape recorder (or, more recently, on digital tape such as a DAT tape). Because they are recorded on two different devices, you need a way to synchronize them.