Beyond Baseball: Sabermetrics in Other Sports and in Life 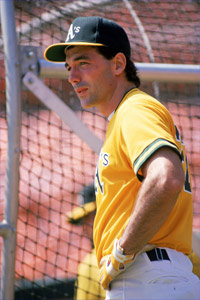 ­Many sports besides baseball require several players to succeed for a play to go well, making it difficult to apply sabermetrics to these other sports. The beauty of baseball is that its statistics generally capture the performance of one player. And that player's success is often determined by his own actions, although some factors, like defense, can involve more than one person.

In football, a quarterback who completes a pass may be seen as having made a successful play, yet other players were involved in that success, such as the offensive line protecting the quarterback from being sacked. And what if it was only a 4-yard pass, and the play occurred on the third down with 5 yards to go? Now the team must punt, and so the failure may rest with the quarterback -- who didn't pass to someone farther downfield -- or with the receiver, who wasn't able to gain additional yardage after catching the ball. As always, context is important.

There are attempts being made to bring sabermetrics-style thinking into other sports. John Hollinger, who works for ESPN.com, is well-known for his basketball writing and creative use of statistics. Football coaches are turning to the kind of statistical analysis that has already become popular in baseball. Patriots' Coach Bill Belichick and his staff have been to known to turn to statisticians for advice on punting situations and the efficacy of two-point conversions. A Web site called FootballOutsiders.com has created statistics like DVOA -- defense-adjusted value over average. Billy Beane has been involved with trying to apply sabermetric techniques to soccer, acting as an advisor to the San Jose Earthquakes MLS team.

People have contemplated applying general sabermetric techniques not only to sports but to other aspects of life and business. Sabermetrics is often admired for its reliance on hard data, its rigorous process of analysis, its willingness to question previously held assumptions and its search for hidden advantages, all of which are potentially useful in business. Billy Beane's success as an imaginative, statistically minded GM has earned him positions on company boards. In 2006, Time Magazine named Bill James one of the world's 100 most influential people.

In an October 2008 New York Times op-ed, Beane, along with Newt Gingrich and Sen. John Kerry, wrote about using sabermetric-style techniques for improving health care by focusing on data mining, statistical analysis, reducing medical errors and cutting costs. If sabermetrics could get those two politicians to agree on something, then it must have some value.

To learn more about baseball and for links to a range of sabermetric-related Web sites, click on over to the next page.