Matt Cain of the San Francisco Giants reacts after giving up a run against the Los Angeles Dodgers during the sixth inning at AT&T Park on July 27, 2012, in San Francisco, Calif. See more Sports Pictures.
Jason O. Watson/Getty Images

Everyone expects professional athletes to make a mistake once and while. We expect an occasional air ball, a dropped pass and a wild pitch. But what happens when a player seems to lose their talent almost completely, suddenly and for no explainable reason? That's when you have a genuine case of the yips.

The term "yips" was first coined to describe golfers who missed short and easy putts due to pressure. But the term has since been passed on to other athletes and can describe more than just one missed play. For baseball, one missed play can have a huge impact on a game. So a case of the yips, even a short one, can be detrimental to a team's record and even that player's career.

So, let's take a look at the 5 of the worst cases of the yips in baseball -- and hope they don't strike your favorite player the next time he takes the field!

St. Louis Cardinals pitcher, Rick Ankiel, was named High School Player of the Year and Minor League Player of the Year by USA Today and was called, "the most promising young left-handed pitcher in a generation," by The New York Times Magazine. When he signed with the Cardinals, he received a $2.5 million bonus, the 5th largest ever given to an amateur at the time. Coach Tony La Russa picked him to play in the first game of the National League division series against the Atlanta Braves and he played his first playoff game when he was only 21 [source: Jordan].

But in that National League division series, Ankiel threw 9 wild pitches and walked 11 batters in just 4 innings [source: Jordan]. His wild pitches broke a record that had held steady since all the way back in 1890. Not quite MVP status. Ankiel had lost his pitching skills.

The year after pitching in the National League division series he was sent down to the minors. And even though it doesn't seem like it could, things got even worse from there. He walked over 30 batters in just 25 innings and had more than 20 wild pitches [source: Star]. After trying unsuccessfully to resurrect his pitching, Ankiel re-started his baseball career as an outfielder.

The baseball yips aren't reserved for pitchers alone. New York Yankees second baseman Chuck Knoblauch was a Rookie of the Year, won several World Series rings and went to four all-star games [source: Rayno]. But after all those achievements, Knoblauch started having problems throwing the ball to first base, a routine and relatively simple task for any second baseman.

In 1999 he had a total of 26 errors. And, apparently, one of his wild throws from second base hit Keith Olberman's mom in the face as she watched the game from the stands [source: Plautz]. The yips know no bounds. Like other cases of the yips, there was no real explanation for Knoblauch's loss of throwing ability. After changing positions a few times, Knoblauch eventually retired from baseball in 2003. During his 12 seasons as a professional baseball player he earned a Gold Glove and Silver Slugger, among his other achievements.

Sasser fans weighed in on the problem by calling radio stations suggesting ways to cure Sasser's problems [source: Baumbach]. Unfortunately, none of them helped. Sasser played for several other teams before leaving baseball, uncured of the yips, in 1995 [source: McCarron]. As with other players, a new term was coined to describe a catcher who can't throw the ball back to the pitcher: Sasseritis. Pretty original, huh?

After leaving the major leagues, Sasser worked with a therapist to help cure his case of the yips and went on to be a baseball coach at Wallace Junior College [source: Inside the Zone]. Sasser not only beat his yips after he stopped playing professionally, but he also tries to help other players who are having similar problems. Sasser has been known to give out his phone number and he answers e-mails every week from players with the yips [source: Baumbach].

Author's Note: 5 Worst Cases of the Yips in Baseball

I had the opposite of the yips when I played basketball in middle school. I had one amazing game where they coach said, "Give Chris the ball" and the rest of my "career" was basically made up of me barely getting off the bench and missing shots when I did. So this topic amazed me when I began researching how many players have struggled with the yips. The yips seem different than a slump, which most every player experiences, because yips appear out of nowhere and actually inhibit a player from using almost any of their skill. Kind of scary when you think about it.

With all the press professional players receive when they get the yips, I'm surprised more players don't end up with them by just thinking about how scary it would be to actually have them. Baseball seems like a particularly vulnerable sport for the yips since players often have to make big plays by themselves. One bad throw or missed catch could literally lose a game. That's a lot of pressure! 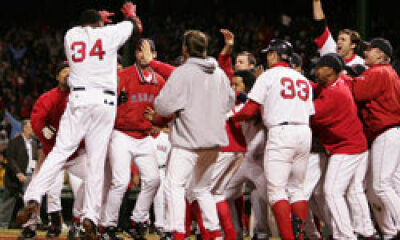 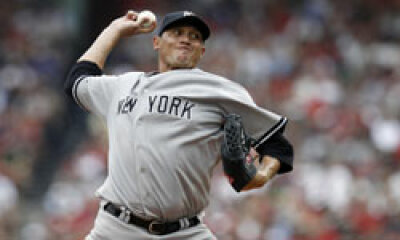 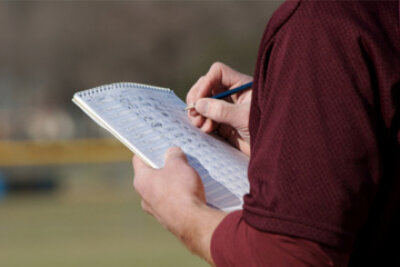