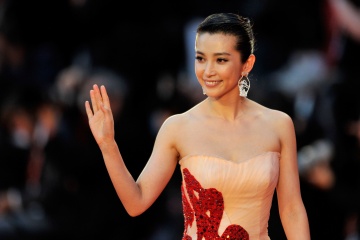 The international moviegoing market is a lucrative one, and Paramount Studios made every effort to attract Chinese fans, including giving Chinese star Li Bingbing a prominent role.
Gareth Cattermole/Getty Images Entertainment/Thinkstock

There was a time when other countries had to wait to see a Hollywood movie; films would be open domestically for several weeks or more before they hit international markets. As international audiences have grown and the release of new movies in foreign markets has become more lucrative, it's now more typical for a movie to enjoy a wide release across the globe in a single weekend. It's becoming increasingly popular for Hollywood blockbusters to open in international markets first and come to the U.S. a couple of weeks later [source: Susman].

Foreign sales now represent about 70 percent of total revenue for Hollywood movie studios, with most of the market growth coming from Russia and China. It's predicted that China's total box office revenues will outpace those in the U.S. domestic market by 2020 [source: Brook].

Not all numbers are equal, however. Even if a movie brings in the same box office totals in each country, the amount of revenue studios earn varies from country to country, with some far more lucrative than others. On top of box office revenue, total revenue can include things like DVD sales, TV and digital distribution rights, and other post-theatrical revenue, much of which doesn't exist in markets like China. In the U.S., $100 million in box office revenue can ultimately generate around $175 million in total revenue. That same $100 million in box office revenue generates about $27 million in revenue in China, $65 million in Russia, $83 million in Japan and $130 million in the United Kingdom. That's why domestic sales are still the most lucrative, although some expenses involved in moviemaking, such as marketing, may not be as costly overseas [source: Fritz].

Still, the growing international audience cannot be denied. It's the reason studio heads are more willing to take chances on big movies with broad themes (and, often, superhero costumes) than small films that may not translate across the map. Paramount, the studio that made "Transformers: Age of Extinction," targeted the film for success in China because earlier movies in the series had played so well there. One promotion let Chinese fans compete to be extras in the film, and Chinese movie star Li Bingbing played a more significant role.

Even movies that underperform domestically can make up for it in foreign markets. The 2013 monster movie "Pacific Rim" made more than $400 million worldwide while just eking past the $100 million mark domestically [source: Mendelson]. That same year, director Ron Howard's story-driven car-racing picture, "Rush," brought in a lackluster $26.9 million domestically but more than $90 million when you take foreign ticket sales into account [source: Box Office Mojo].

Rentrak reports box office numbers in 35 countries, including Russia and China; however, China has been working on its own system as part of an effort to clamp down on box-office fraud. It's estimated that as much as 10 percent of gross box office profits are skimmed by corrupt theater owners fabricating box office receipts and viewership records [source: Coonan]. A new national ticketing system will upload data from every ticket sale to a social media news service [source: Coonan].