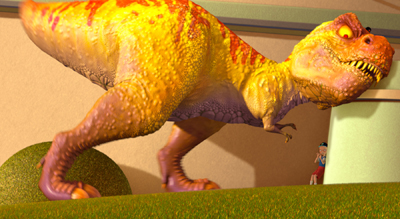 Today's computer-animated movies do a pretty good job of imitating three-dimensional environments. In films like "The Incredibles," "Cars" and the "Shrek" series, characters seem to exist as solid objects that can move and interact with their surroundings. It takes a lot of work and a good understanding of how people perceive images to achieve this effect. Filmmakers even make real, tangible models of their characters, known as maquettes, to help them figure out how a 3-D character would move in a 3-D space.

In the past few years, filmmakers have taken this attempt to recreate three-dimensional space on screen one step further. With digital 3-D, animators can fool your eyes and brain into thinking that they're looking into a 3-D space rather than at a 2-D screen. The end result is like looking through a window into a real, three-dimensional world or like having elements of the scene in the theater with you. While it's similar to older 3-D movies, the technology is considerably more advanced.

Both old and new 3-D movies rely on quirks of human vision to create deep, panoramic scenes or objects that seem to fly from the screen. Human beings have binocular vision -- each eye sees a different image, and the brain combines them into a single, unified picture. The brain uses the slight difference in angle between the two images, known as parallax, to help it perceive depth. This is why people who lose their sight in one eye have trouble judging distances.

Old 3-D movies used anaglyph images to take advantage of binocular vision and parallax. These images include two color layers in a single strip of film shown from one projector. One layer is predominately red, and the other is predominately blue or green. To watch the movie, you wear 3-D glasses with one red lens and one blue or green lens. These lenses force one eye to see the red part of the image and the other eye to see the blue or green part. Because of the differences between the two, your brain perceives them as one image with three dimensions. However, because of the use of color-filtering lenses, the color of the final image isn't accurate. This type of 3-D technology has also caused some people to experience headaches, eye strain and nausea.

Check out the next page for more information on 3-D imaging. 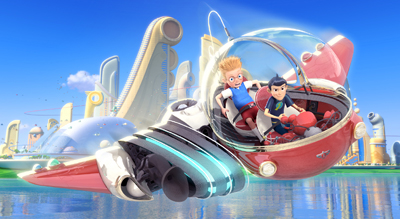 For more information about digital 3-D and related topics, check out the links on the next page.