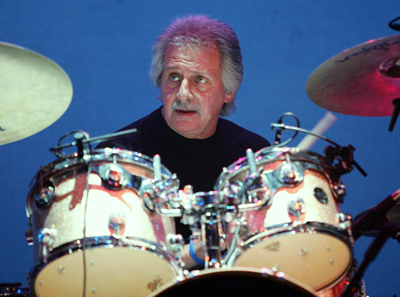 Former Beatle Pete Best now tours with his own band. His mother was credited with giving the Beatles their first break.
© Ethan Miller/Getty Images

Every band, no matter how famous they are, once had a first gig. On Aug. 29, 1959, a woman named Mona Best opened up a small music club in her basement in Liverpool, England based on the "beat bars" she'd heard about in London [source: Lammy]. She called it the Casbah Club, and the first band she booked was a bunch of local boys called The Quarrymen.

After her son Pete joined the band on drums, they changed their name to The Silver Beatles, and then just The Beatles. Those local boys -- John Lennon, Paul McCartney and George Harrison -- owe Mrs. Best a thank-you note.

Rock bands make their reputations at live shows. They start out as opening-for-the-opening bands and gradually build up a local fan base until they're finally getting shows of their own. Before long they're ready to hit the road and take their sound on tour.  But how do you book gigs in cities that have never heard of you? That's where a booking agent comes in.

Booking agents are described as middlemen, which is a fair, if unattractive assessment. Booking agents work in the middle ground between artists their fans. They help the artists land live gigs where they can build their fan base. And booking agents for movies help get studio and independent films into your local theater.

Both types of booking agents work long hours with little public recognition, but without them, the artists and the public would never connect.

What do booking agents do for bands? What do they do for movie theaters? And how can you break into the industry? Keep reading to find out.