Why 'Black Panther' Is Already Breaking the Box Office

"Black Panther," a movie about a black superhero from Marvel comics, is a pop culture phenomenon. Even before its release, the much-anticipated movie is raking in the dough, selling more advance tickets through Fandango than any other superhero film to date. It's expected to earn $150 million during its North American opening over the four-day Presidents Day weekend. Critics are fawning over the film, praising its stunning images, its storyline and message, and its script.

And on top of all that, even the movie's haters are its motivators. In a display of petty vengeance (and, some speculate, a twinge of racism, considering the film's mostly black cast), a Facebook group called "Down With Disney's Treatment of Franchises and its Fanboys" created an event encouraging folks to flood the movie's Rotten Tomatoes ratings with negative reviews. Alas, the group fell on its own sword — Facebook deleted the event, and as of Feb. 8, the critics' score was holding steady at 99 percent.

OK, OK, you get it. "Black Panther" has got a seriously impressive resume. But the film's list of accomplishments doesn't explain why it's being discussed on social media, in critics' circles and IRL ad nauseam. "Black Panther" may be the first superhero blockbuster of the year, but it certainly won't be the last. So what's really the deal with all the hype?

The lack of diversity in both film and comic books has long been a hot button issue. Statistics show that women, people of color and LGBTQ people are largely underrepresented in the film industry. Take the 2017 Hollywood Diversity Report out of UCLA, which found that minorities directed only 10.1 percent of the 168 films examined for 2015, despite making up 40 percent of the population. Or a 2015 study out of the USC Annenberg School for Communication and Journalism, which showed that across 700 films and more than 30,000 speaking roles from 2007-2014 (excluding 2011), just 30.2 percent of the characters were female.

Then there's the Hollywood myth that American films with majority black casts aren't financially viable and don't sell overseas. Heck, in 2017, Marvel's vice president of sales even claimed that the addition of diverse and female characters to Marvel's lineup caused a dip in comic book sales. (He later tidied up his statement.) But diverse films — and comic books — are lucrative, and poor performance can be attributed to many factors. In fact, the aforementioned Diversity Report shows that in 2014-2015, films with diverse casts had the highest median global box office receipts and the highest median return on investment.

The Messages in the Medium

Here's where "Black Panther" comes into play. Because yes, the film is bound to buck any preconceived notions about the bankability of black films and confirm that diverse movies absolutely can be blockbusters. But perhaps the qualitative upsides of seeing a film with such a diverse cast and crew are more deeply felt than the monetary wins. (Just check out the hashtag #WhatBlackPantherMeansToMe on Twitter.)

Seeing a film with tons of integral black female characters, almost all black actors and a black director, to boot, could have a significant psychological effect on women and minorities. Research has suggested that if people do not see themselves represented on screen, they may not believe society values them, or they may lose self-esteem. And so often, people generalize about cultures and ethnicities based on what they see in film and on TV. Thus, even though images of underrepresented people in film are limited in range and character type, they are powerful and can drive (flawed) popular beliefs about a demographic.

It's not every day that black people are represented in film in such prominent ways as they are in "Black Panther." The movie's aggressive inclusivity is a boon for racial representation in media and social consciousness. But there's more to the story — literally. "Black Panther" is a cash magnet powered by black creatives, but the cherry on top is the movie's actual content.

Here's an abridged list of ways the film gives a middle finger to typical Hollywood narratives: Black Panther gets his power from his intellect, advanced technology, ancient knowledge from his Wakandan ancestors and a powerful herb, among other things. Wakanda, the African country that T'Challa (aka Black Panther) revisits to take the throne after his dad dies, has never been colonized and keeps secret its super-advanced technology.

The Dora Milaje are a fierce, all-female group of elite warriors who protect the Wakandan throne. Shuri, T'Challa's sister, is a tech maven and the smartest person in the world, according to producer Nate More. And in a familiar true-life narrative, Wakanda is home to resources that are much sought-after by outsiders. The film is an Afrocentric, Afrofuturist spectacle in what some would consider a sea of safe crowd-pleasers.

So, not only do black viewers get to see actors who look like them, but they also get to immerse themselves in a world that envisions them as royal and superhuman, dynamic and layered. A narrative that does not relegate blacks to stereotypical roles of slaves and sidekicks, or insist on major support from white characters, or rely on a white savior is a breath of fresh air for black folks. And Africa is not depicted as a beautiful landscape plagued by the perils of war, but a place where people thrive and write their own stories.

There are other American movies that portray Africa and Africans with depth and intelligence that are worth watching. But people are excited now that "Black Panther" is disrupting an inaccurate real-world narrative about black people that seems so out of place in 2018, and doing it with a heavy hand. Fictional worlds are born from wild imaginations, yet they're so often not imaginative enough when it comes to who is included in the story, and how they're depicted when they are included.

For those marginalized and often absent in film, "Black Panther" means visibility. It means social progress through subversion of longstanding industry norms. It means more understanding and empathy from those ignorant of the lives and concerns of the underrepresented. When a money-making, critically lauded film that celebrates blackness knocks on Hollywood's door, people answer with enthusiasm. OK ... obsession.

Now That's Interesting
The Black Panther Party was established after the character Black Panther, but that didn't stop people from thinking the two were associated. Marvel wasn't too fond of the conflation, so it changed Black Panther's name to Black Leopard in "Fantastic Four No. 119" in 1972. Unsurprisingly, that didn't go over well with readers, who thought the name change was silly and unnecessary. The new name didn't last a year.

5 Things You Didn't Know About Pizza

Why Are We So Crazy Over Celebrity Babies? 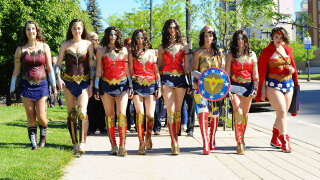 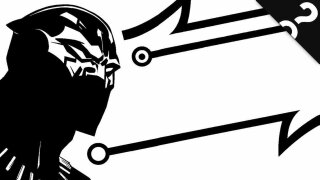 Interviewing the Artist Behind the New Black Panther