While it's called Rummy Tile, Rummy-O, Rummy Chip and several other variations across the globe, let's get one thing right off the bat: The most popular name of the game is Rummikub, and it's pronounced "Rummy Cube." That will save you a lot of time fighting with friends, family and enemies about "roomies" and "cubs."

The name "Rummikub" is pretty easy to remember when you learn to play; after all, the game draws many rules from the card game rummy but is played with cubes. (OK, they're technically tiles, but let's make it easy on ourselves.) But Rummikub doesn't just get its addictive appeal from rummy alone. Although it was invented in the 1930s, the game was derived from some much older pastimes. Elements of mahjong, dominoes and even chess strategy can be seen in the game.

The appeal of the game has proven universal; as of this writing, it's estimated that a whopping 50 million games have sold in 54 countries [source: Rummikub]. Furthermore, Rummikub won Game of the Year in five countries and was the best-selling game in the U.S. in 1977. In the next few pages, we'll see how a game that was invented in Romania, manufactured in Israel and soared to popularity worldwide was actually introduced to a wider United States audience by a well-known comedian we don't normally associate with enthusiastic game play — or enthusiasm at all, for that matter.

While the box version has become exceedingly popular, online games now shoulder in to capture a younger generation's attention. From Facebook to smartphones, you can find a free Rummikub game to join. Wanna hustle some folks for money? You're in luck, because Rummy and Rummikub are considered skill games — as opposed to luck — and therefore qualify as legal online gambling.

So rack 'em up as we continue to the next page, where we'll learn how to play Rummikub.

The Rules of Rummikub

The rules of Rummikub are fairly simple to understand. The biggest issue with the game doesn't come from complicated game play or strategies; it lies simply in remembering what you can and can't do on a turn. Much like the card games gin, rummy and even solitaire, it's not a lack of expertise that will cause a loss. More likely, you'll find yourself in trouble if you're distracted and missing opportunities right in front of you.

When you first sit down to play Rummikub (two to four players are recommended), you'll dump the numbered, multi-colored tiles on the table face-down. Each player will draw one tile; the highest number goes first, and the 1 tile is always low. (Return those tiles randomly to the table.) Each player will then draw 14 tiles from the table, placing them on their rack; whatever is left forms the pool. On the first turn, each player will attempt to make a set of one or more groups or runs that adds up to at least 30 points.

A group is formed when three or four tiles of the same numbers are put together; like suits in a deck of cards, each number will have a different color. A run is formed when three or more numbers of the same color are played together. Playing a group or a run makes a set (sometimes called a meld). So on your first turn, you must lay either groups or runs that add up to at least 30 points. If your tiles aren't cooperating, no worries: You can take a tile from the pool in the hopes it'll help you snag a 30-point set to get you in the game. You can't play the drawn tile until the next turn, however — this goes for any tile drawn during the game.

From there, it's your job on every turn to scope out places where your tiles can add to a run or a group. This is called melding. A few ways to meld:

The object of the game is to place all your tiles on the table as part of a set. Once someone does that, that person can proclaim "Rummikub." The losers add up the value of the tiles they're still holding on their racks, and that score is written as a negative number. The winner gets a positive score that equals the total of all the losers' negative points.

No doubt you'll want to play more than one round, so keep track of all the scores. Whoever has the most positive points at the end of play wins.

The two joker tiles are used in Rummikub much like they are in any card game; play them as any tile. But beware: Another player can pick up the joker if he or she has the specific tile it's replacing. And — even worse — you'll have to add a penalty of 30 points to your score if it's left on your rack at the end of the game.

The Oppressive Origins of Rummikub

Many of us sit around trying to think of a way to earn money with a fun product, only to discover it's not quite as easy as it sounds. Most of us are doing this not necessarily out of necessity but because we haven't gotten a raise in five years or dream of retiring near a warm body of water. The inventor of Rummikub puts us all to shame. Not only did he find an ingenious way to make money, he did it simply because he needed a little fun from the (literal) tyranny he was living under.

In the 1930s and 1940s, Romanian Ephraim Hertzano and his wife, Hanna, began mulling the idea of substituting colored cubes for playing cards in a rummy-like game. And it wasn't just to mix things up; under the communist regime that occupied Romania at the time, card games were banned for being lavish [source: Israel21c.org]. A manufacturer of toothbrushes, Hertzano was fortunate to have some access to plastics. After sniffing out a shop that recycled used airplane cockpit canopies, he commissioned some tiles for what would become Rummikub.

At first, Hertzano made Rummikub on demand when friends asked for it. But after World War II, Hertzano and his family emigrated from Romania to Israel, and he began spending more time putting together games by hand to sell more widely. Hertzano sold the games door-to-door, sometimes giving shop owners copies on consignment to convince them to carry the game. The shop expanded into a production facility as popularity grew and when Hertzano's son, Micha, entered business school in the U.S., they figured they might as well attempt to break into the American market, too.

And it happened in the most American way possible. According to Micha Hertzano, it was a 1977 Don Rickles appearance on Johnny Carson — where he mentioned playing the Israeli game — that put Rummikub on the U.S. map [source: Sedan]. That year, Rummikub became the best-selling game globally. As of this writing, the Hertzano family still owns Lemada Light Industries Ltd, which manufactures the game. Rummikub is distributed globally by companies such as Pressman and Hasbro.

Even more telling of its popularity? The World Rummikub Championship is held every three years, and the competition is fierce. Japanese, Dutch, Egyptian and Brazilian winners have all been crowned. Not only do they snare the coveted Rummikub World Cup but also a pair of airline tickets for around-the-globe travel.

But you're not going to get to the World Rummikub Championship on good looks alone, my friend. If you want to hoist that trophy high, head to the next page for tips and tricks.

Although Rummikub is a game that even young kids can enjoy, that doesn't mean that only blind luck will get you through a game. Let's review some Rummikub strategies to help improve your chances of yelling "Rummikub" before anyone else.

For one, it doesn't hurt to leave some tiles in reserve for later in the game. This allows the game to open up a bit more and could give you more chances later to put down tiles. You can also hold off on laying the fourth tile from a group or run; that allows you to play a tile on the next turn instead of picking from the pool. Use your initial set to get rid of your higher value tiles so if someone yells "Rummikub" early, you're not too destroyed.

The most important Rummikub strategy? Keep your eyes on the tiles and your head in the game. Rummikub requires you to constantly analyze ways to rearrange and add tiles to the table. It never hurts to keep track of what tiles have been used — sometimes, you'll be watching a run with anticipation for 15 minutes, only to realize that the tile you need to add to the run is already occupied and staying there.

Now, a dirty little secret about Rummikub must be revealed. While we've been gleefully detailing the rules of Rummikub, the truth is that there are several versions of game play — and complicated rules to show for it. We've gone over the general "Sabra version," which is most likely the one you'll play regardless of where you live. The instructions closely follow any you'll get if you buy Rummikub and read the enclosed directions.

There are a couple more versions, however. One is the "American version" that was originally included in Rummikub games. (You'll only find Sabra rules now.) It's a bit simpler than the Sabra version; in it, you can do things like use the 1 tile as a high or low number (meaning it can complete a 12, 13, 1 run).

The "Israeli (or International) Version" is another beast, indeed. For one, your initial set must be (a rather intimidating) 50 points. Also included are some extremely strategic ways to score whopping amounts of points by arranging your tiles — using only those on your rack — to form only complete runs and groups. Not easy.

If you're looking to improve your game with a little practice, you're in luck. There are multiple platforms for Rummikub, including free online games (sponsored by the Rummikub brand) and a few apps to play on a smartphone or device.

In 2010, Israel made a raid on a flotilla headed to Gaza with pro-Palestinian activists and aid. In response, many countries began boycotting Israeli goods to show their disapproval of the Israeli navy's actions. In Spain, that boycott included one toy store chain that decided to stop carrying the Israeli-exported Rummikub [source: Mahler].

Apparently, Rummikub is popular. Not only are there the sales to show for it, but seemingly everyone I asked had played the game and was shocked I hadn't. Someone even pointed to a nearby shelf where a box of Rummikub sat. In my own home. The point being, Rummikub is one of those games that never had the cultural moment that, say, Cranium or Apples to Apples had. But it's created a real foothold in households that desire a game that's old-fashioned — based mostly on the card games rummy or gin -- and reliable for the whole family to enjoy. And who doesn't appreciate a game that was invented to cleverly skirt oppressive communist edicts? For that reason alone, it's worth a look at your local game store. But first, check out your own shelf first. 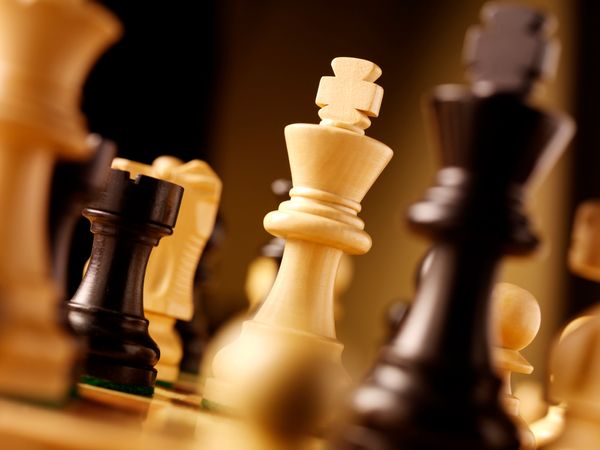 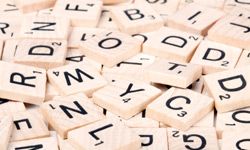