by Jennifer Sellers
NEXT PAGE 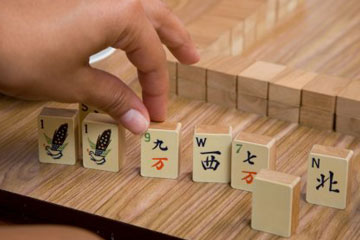 The classic Chinese game of mahjong has evolved into many variations as it has spread across the world.
Olivia Barr/Taxi/Getty Images

Mahjong is an ancient game with a very modern presence. In fact, you've probably heard of it before -- perhaps by watching George Costanza's mother, Estelle, play it in an episode of "Seinfeld" or reading about the four Chinese-American immigrant families who formed a mahjong club in Amy Tan's bestselling novel "The Joy Luck Club."

And if you're someone who's prone to computer game distractions, you've likely noticed the plethora of online mahjong games (there's even a mahjong application for iPhones).

This game of deep symbolism and dubious legend has evolved from the courtyards of imperial-era China to the social clubs of early 20th century New York to digital versions of today. But despite the pop culture references and the Internet games (which are usually just a form of solitaire), the centuries-old game can be confusing to those who aren't devotees. As you get ready to explore the game's balance of luck and strategy, imagine the click-clacking of game tiles and envision a focused quartet of players. And as you learn more about this fascinating game played by millions around the world, don't be surprised if you, too, don't soon find yourself around a mahjong table, stacking and moving tiles with three of your friends.

To better understand the allure of mahjong, we'll look at its origins. Keep reading to learn how mahjong began, as well as some of the misconceptions and myths surrounding its history. For example, why exactly was this classic Chinese game banned in its country of origin for nearly four decades?