How to Bluff in Scrabble

Why, yes, of course "quinch" is a real word. How could you doubt this face?
Ingram Publishing/Thinkstock

My seven-tile Scrabble rack offered no easy answers. Although it was a pleasing mix of vowels and consonants, I came up empty as I mentally thumbed through a cerebral Rolodex of seven-letter words. It was nearly the last move of the game, and I knew I needed a bingo bonus -- 50 extra points for playing all seven tiles -- to secure a win. I'd been memorizing word lists and studying other players' performances for days. And that's when it hit me.

C-A-R-N-A-E-T. I snapped the seven letters into place on the board and calmly waited for a reaction. My opponent simply moved on to the next play, and I knew that without a challenge to the word's authenticity, I had this game in the bag.

I'd pulled off a bluff.

Earlier that week, I'd read of two eighth-grade students who took home a National School Scrabble Championship trophy after bluffing their way to a win. What was their 87-point game-changer? A word nearly identical to the one I'd just played: "Carnate," which the boys believed to be a completely made-up word [source: Toronto Star]. (It's actually an antiquated, descriptive form of "carnal.") If my opponent had challenged the word as a fake but it turned out to be real, he would have lost a turn. It wasn't a risk he was willing to take, and my gamble paid off.

Although certain games, such as poker, are known for bluffing, Scrabble doesn't usually come to mind. Even so, the ability to bluff can be just as important to the outcome of the game. Think of it as friendly, but persistent, psychological warfare. The more you get into your opponent's head, shake his confidence or undermine his decision-making skills, the more likely you are to gain the upper hand. In serious gaming circles, this is known as a tilt.

Ready to get your game face on?

Tips for Bluffing in Scrabble

A Scrabble bluff will often be most successful if it's part of a larger defensive strategy, like knowing which letter tiles an opponent might have in their rack and where on the board they're likely to play next. If you play a nonsense word that blocks an opponent's next likely move, he's probably going to be thinking more about reformulating his strategy than challenging your word. You'll need to know how many total tiles are available for each letter, and then track which ones you've played, which ones your opponents have played -- and which tiles must therefore be left.

Although this sort of defense sounds a lot like counting cards (something that's usually considered cheating in card games), the boundaries are different for Scrabble: Counting tiles is acceptable during competitive play. Still, it's important to distinguish between bluffing and making a move -- like secretly swapping out undesirable letters for better ones from your pocket -- that hits below the belt. Cheating runs counter to the rulebook, but bluffing doesn't.

Take psychological bluffing strategies, for example. Use your tiles to spell out real but unlikely words, like apatite (a mineral) or dornick (a stone small enough to throw). Keep it up, and sooner or later your opponent will challenge your words. Then you can simply point them out in the dictionary and your opponent will lose a turn. And you'll have effectively set the stage for strategic bluffing. Now you can play made-up words at will, knowing your opponent probably won't risk challenging them and losing another turn [source: Meyers]. As a bonus, your opponent will spend time thinking about you, your tiles and the tiles you've played instead of how he'll play his own tiles -- thus giving you an even greater psychological advantage.

One of the keys to a successful bluff is the ability to sell it. Act with utter confidence and you'll be off to a good start. For example, use your areas of expertise -- whether they're part of your career, hobby or education -- when making word selections. Let's say you're really into metallurgy (the study of metallic elements and compounds). Regale your opponent with your knowledge on the subject, and then play fake or purposefully misspelled words, perhaps aneal or quinch, that are presumably from your jargon-rich vocabulary. When asked for a definition by your opponent, you can easily produce one -- for a real word.

Once you've made a few successful smoke-and-mirror moves, concentrate on tile placement. Close off the board by making parallel plays, stretch your words into double- and triple-point squares and use as many seven-letter words as possible to gain 50-point bonuses. Before you know it, you may just bluff your way to a win [source: Shah].

Although it's remarkably difficult to know whether an opponent is cheating at Scrabble when you're not face to face, there are a few telltale signs that you're getting bamboozled during an online match: an improbably fast progression of skills or a perfect record of wins, for example. One of the biggest cheating aids in online play are Web sites that suggest words to Scrabble players based on the tile letters they plug in.

Author's Note: How to Bluff in Scrabble

Before I began researching how bluffing in Scrabble works, I didn't realize there were so many similarities between this board game and the serious countenances so often seen at Texas Hold 'Em tables. Turns out, learning how to bluff is a useful undertaking -- no matter what the game -- and developing a so-called poker face is key. I found it interesting that a number of psychological strategies could be employed during Scrabble game play, all with the aim of keeping an opponent guessing. I soon understood that playing tiles with confidence, developing quick answers to opponents' challenges and moving forward with your own agenda are what keep players in the winner's circle. Now if only I could do the same during game night. 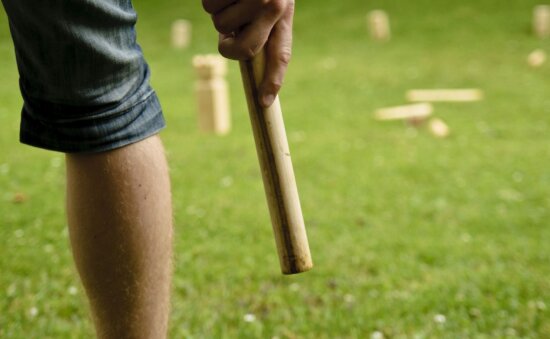