Would you risk it all for a Yahtzee? If you've ever played this fun dice game, you know that it's as much about strategy as it is about chance. The idea of shooting dice might conjure images of street corners or casinos, but this enduring game, which is marketed for players ages 8 and older, owes is origins to a Canadian yacht-owning couple.

In the 1950s, the couple entertained seafaring friends with their "yacht game," which they sold to toy maker Edwin S. Lowe. On April 19, 1956, Lowe trademarked the game as Yahtzee. Initially, it did not prove to be as popular with the public as it had been with yacht guests. But that didn't stop Lowe. He put his mid-century marketing skills to work and began hosting Yahtzee parties, a strategy that worked well enough that more than 60 years later, 100 million people around the world play the game [sources: Yahtzee Online, Science News, WMW].

Lowe eventually sold Yahtzee to Milton Bradley in the 1970s, and now Yahtzee is currently owned by Hasbro. Popular Mechanics listed it as the most popular game of 1956 – it was officially launched by Lowe in 1956 – and Hasbro claims it still sells 50 million Yahtzee games each year.

It's been rereleased in many editions since 1956, including an electronic one-player version, and it's easy to find many sites to play Yahtzee online. Nevertheless, low-tech, dice-rolling Yahtzee board game is still popular, at least among adults. According to the U.S. Census Bureau, in 2010, 16.7 percent of adults in America played board games, a slight drop from the 17.7 percent reported in 2003. [source: Census 2012, Census].

While board games aren't as trendy as barbecuing, which is enjoyed by 34.7 percent of Americans, they beat out crossword puzzles (13.2 percent) and sudoku (11.6). Yahtzee could thank its simplicity and similarity to 5-card draw poker for some of its enduring popularity; 20.3 percent of Americans reported playing cards in 2010.

Technically speaking, Yahtzee is more of a dice game than a board game, but it's in the same aisle of the store. It's astonishingly old school for how much play it gets these days: Open the box and you'll find five dice, a cup, some little plastic discs and a paper score pad. In a nutshell, the point is to roll an assortment of combinations, each of which carries a different number of points. In the end, the player with the highest score wins.

There's a bit more to it, but that's the gist. Read on to learn the rules of Yahtzee, how to play, and most importantly, how to win. 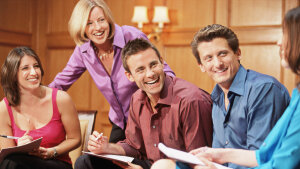 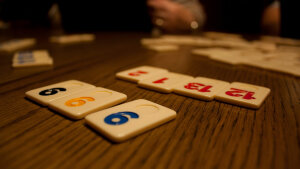 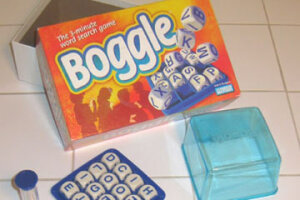