Michelangelo's Conflicts with Politics and Religion 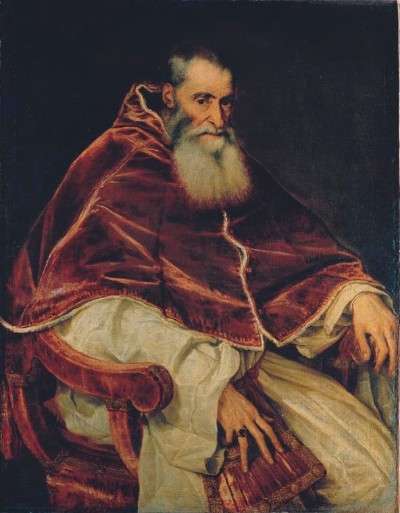 After Pope Julius II, the following reign of Pope Leo X (formerly Giovanni de' Medici, the boy with whom Michelangelo had shared youthful days in the Medici household) was a dark period for the artist. Leo X was critical of Michelangelo's bad disposition, confiding to Venetian painter Sebastiano del Piombo, "Michelangelo is frightening...one cannot deal with him." Michelangelo countered by creating caricatures of Leo X and Clement VII, Leo's cousin and successor, portraying them as among those "who deny Christ."

Despite the hostility, in 1517 the Pope commissioned the artist to build a regal new façade for the church of San Lorenzo, in Florence, the Medici family burial place. Again, Michelangelo was cast as the lead player in a three-year fiasco of a project that was eventually abandoned.

The abandonment of the façade project roughly coincided with the election to the papal throne of another early friend of the artist, Pope Clement VII, who commissioned Michelangelo to build a tomb chapel for the Medici family. For the next fifteen years, Michelangelo struggled to bring to life the ambitions of the Medici family through plans for the Medici Chapel. But his work was interrupted by political unrest so intense that it endangered his life and caused a brief exile in Venice.

Further, the Michelangelo's vision for the chapel underwent constant alterations, and his advancing age brought infirmities that were compounded by a life of hard physical labor. With the death of his father in 1534, Michelangelo experienced a period of grief and regret, which nearly defeated him. He left Florence for the last time in September 1534. He never returned to the city largely because of its Medici rulers, Alessandro and then Cosimo I.

Meanwhile, the preceding years had witnessed the Sack of Rome and ushered in the dangerous era of the Counter-Reformation. Nevertheless, Michelangelo was welcomed and protected by Pope Clement VII who, shortly before his death in September 1534, commissioned the artist to create an enormous fresco illustrating the Resurrection for the altar wall of the Sistine Chapel.

Elected to follow the reign of Clement VII, Pope Paul III confirmed Michelangelo's commission of the enormous fresco. But in the dark days of 1534 Rome, the subject of the Resurrection was seen by the new Pope as neither appropriate nor representative of the direction of the church. While the glory of the Resurrection had been the personal choice of the deceased Clement VII, the penitential mood of Last Judgment was the choice for the newly elected reformer Pope.

The massive fresco, full of ghastly figures and nudity, reflected the traumatic events that had rocked the church in the previous years. Its graphic and threatening subject matter was the source of scandal and violent criticism. Vatican officials, shocked by the fresco's nudity, labeled Michelangelo a heretic, and contemporaries petitioned for its destruction.

But the artist received and took refuge in the support of Paul III and his successor, Pope Julius III. The fresco remained unchanged until January 1564. But approximately one month before Michelangelo's death, the assembly of the Council of Trent voted to "amend" the masterpiece by painting cloth over the "offending" (naked genitalia) sections.

In spite of his many conflicts with patrons, politics, and religion, Michelangelo had a rich personal life. Learn more about his relationships in the next section of this article.