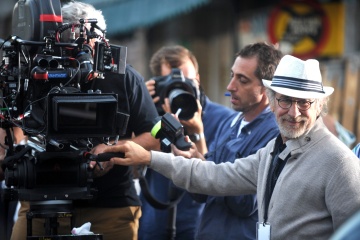 Steven Spielberg has been working in the film industry for decades and has definitely earned his above-the-line salary.
Steve Sands/GC Images/Getty Images

The average blockbuster typically has a steep price tag these days, with budgets topping $200 million for many of the biggest box office hits. Have you ever wondered how Hollywood manages to spend that much money on a movie and exactly where all those millions go? When you hear about the high cost of making a movie, you rarely hear about extravagant craft services or the key grip who earned millions for his work. Instead, when it comes to movie costs, what makes headlines is the high cost of talent -- the multimillion-dollar paychecks for the stars, the exorbitant director's fee and of course, the producer's cut.

Curious as to what these people have in common? In addition to their immense wealth, in most cases, these individuals represent above-the-line expenses for the studios.

While just a handful of people's salaries fall above the line, the cost of securing these individuals for any given production often exceeds the cost of paying for every other person working on the film combined, including extras, crew and anyone whose name rolls in small print somewhere near the end of the credits. Wondering just how movie budgets work? Read on to learn more about how Hollywood accounts for above- and below-the-line expenses.

Star Salaries and the Director's Cut 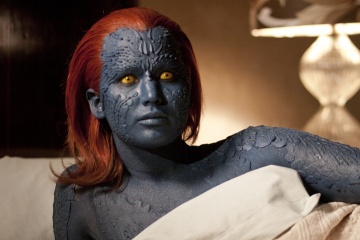 Jennifer Lawrence, seen here as Mystique in "X-Men: First Class," was one of the world's highest-paid actresses in 2014.
Murray Close/Moviepix/Getty Images

Before computers and fancy accounting software, Hollywood studios presented budgets on paper, with a thick black line used to separate certain types of expenses from others [source: Medoff and Fink]. While most budgets are done on computers these days, the idea of grouping expenses above and below the line has stuck. From the smallest film budget to the biggest blockbuster, producers continue to group expenses in the same way, making it easier for accountants and investors to understand how the costs associated with a given movie stack up.

Above-the-line costs typically include just a few line items, but they're big ones, and account for a significant portion of the film's budget. So what typically falls above the famous line? Cast salaries, for starters, including those $20 million paychecks earned by the most sought after A-listers, but also the cost of hiring less recognized actors to fill major roles. Also included above the line is money paid to producers and directors, which can be substantial, depending on the film. Finally, above-the-line costs usually include the cost of the story itself, including payment for screenwriters and securing the rights to make the story into a film. All production costs not included in these categories, such as crew salaries, lighting, travel, props, sets and craft services, fall below the line.

Finally, and most importantly, above-the-line costs are fixed. Once you sign a certain star or director, you're stuck with the cost of that person for the duration of the picture. While below-the-line costs tend to be more flexible -- you can save money by changing where you shoot a certain scene or cutting the scene entirely -- above-the-line expenses are pretty much set in stone.

Curious how Hollywood budgets work in the real world? Read on to discover some real-life examples of above-the-line expenses at work. 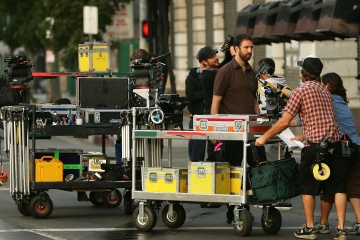 Why Bugs Bunny Is Spectacular
'Crazy Rich Asians' Is a Win for Representation, but Not Without Flaws
Marilyn Monroe