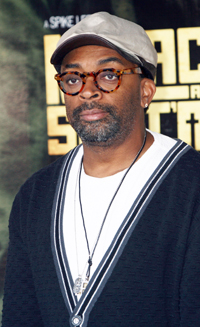 Digital technology has not only allowed filmmakers and musicians to create inspiring new works of art, but it's also given audio engineers and film editors the chance to reach back and restore classic albums and movies to their original grandeur.

Remastered CDs and DVDs promise consumers a crystal clear, artistically faithful reproduction of their favorite music and films. Led Zeppelin fans rush to the record store every time the band issues another "definitive" remastered collection of its pioneering rock albums of the 1960s and 70s. And companies like the Criterion Collection have created a market for painstakingly restored, high-definition DVD releases of classic, foreign and independent cinema from filmmakers like Jean-Luc Godard, Akira Kurosawa, and Spike Lee.

But all of this digital wizardry is not without its detractors. Many listeners complain that remastering CDs, especially in the age of the MP3, is nothing but an excuse to make the music louder and overproduced. DVD remastering runs into the same problems. There are viewers who feel that film restoration can go too far, taking away the imperfections of the filmed image that make it unique and alive.

What are the differences between mastering and remastering? What tools are used to remaster CDs and DVDs? What do consumers say about the finished product? Read on to find out more.