Even on your best day singing in the shower, you'll never sound as good as your favorite pop artist sounds on her latest CD. That's because professional musicians have the help of audio engineers to make their beats "phat," their sound lush and their vocals flawless.

Recording engineers man the control panel at a studio recording session. They push the faders, twist the knobs and click the computer mouse as musicians lay down tracks for an album. They're experts in everything audio. If you want the bass line to be thicker, they know which microphone to use and which level to tweak. A good recording engineer not only takes orders, but makes suggestions on how to make an artist sound even better.

Recording engineers must carefully balance art and science. To achieve the creative goals of the client, they need to use a vast array of complicated analog and digital tools. They need to be able to communicate with artists to understand their needs and then push the right buttons to make musical dreams a reality.

Recording engineers aren't confined to the music industry. They're needed wherever and whenever audio is being recorded for any kind of broadcast medium. Recording engineers work with video game companies to record music, dialogue and sound effects for games. They work in audio post-production for television and film. They record podcasts for the Web and audio clips for talking toys.

Job Description of a Recording Engineer

The job of a recording engineer is not only to record audio, but to edit and mix it in such a way as to make the audio sound the best it possibly can. During a recording session, he must listen to audio from both a musical and a technical perspective, looking for ways to adjust the equipment, recording levels and even the performance of the artist in such a way that the recorded product sounds perfect [source: YouTube].

The first job responsibility of the recording engineer is to make sure that all of the studio equipment is working correctly and that it's properly set up for the recording session. The most basic goal of a recording session is to get a clean recording of the audio. If equipment isn't functioning properly -- and that includes everything from microphones to computer software -- then you're going to waste the client's money on lousy recordings or downtime in the studio.

Depending on the size of the studio and needs of the client, setup itself can get pretty elaborate. Often an assistant recording engineer will be hired to handle pre-session tasks like running cable, checking mikes and setting up baseline levels on the control panel and in Pro Tools before the client arrives.

Once the client arrives, it's the responsibility of the recording engineer and his assistants to help the client get all of its equipment set up in the studio and prepared for recording. Most of this setup is devoted to microphones. Drums, for instance, require many individual microphones that need to be placed in specific spots and at specific angles to ensure the best sound quality. Same goes for guitar amplifiers. Then each microphone needs to be assigned a level to ensure a nice balanced sound coming out of the studio monitors.

Some engineers see their job as experimenters, trying dozens of different microphones and microphone placements until they achieve an entirely original sound. Others just push the faders, press record and play a much more secondary role. It all depends on the personality and working style of the engineer and the relationship with the client.

Once all of the audio has been recorded, it's the job of the recording engineer to edit and mix the audio, also known as audio post-production. The mix is where the engineer takes all of the individual audio tracks -- instruments, vocals, other sound sources -- and assembles them into a balanced, musically appealing whole [source: YouTube]. Today, mixing is done almost exclusively on a computer with audio editing software like Pro Tools. In larger studios, mixing is handled by a special mix engineer who works separately from the recording engineer.

In the next section, we'll look at some of the essential skills for being a successful recording engineer.

Skills Required of a Recording Engineer

It requires a unique set of skills to be a successful recording engineer. You need to be part musician and part computer geek. You need to have a trained ear for the subtleties of sound, a mastery of tons of complex analog and digital equipment and the ability to use technology to achieve specific creative results.

Not surprisingly, most recording engineers are musicians themselves. Many were once aspiring musicians who realized that their true love was being in the studio, working behind the scenes to help other artists make the most out of their recordings.

A good ear for balance is useless unless you know how to use the tools to achieve it. An experienced recording engineer feels like the control board is an extension of himself. Legendary recording engineers could grab ten faders for ten different tracks and push them into balance simultaneously [source: YouTube].

Nowadays, with powerful digital audio packages like Pro Tools, there's a temptation to use every trick in the book on every track. A good recording engineer not only knows how to balance the levels in a recording session, but how to balance the use of effects and compression available through a nearly endless variety of software plug-ins and virtual instruments. There is, after all, such a thing as being overproduced.

A recording engineer must be intimately familiar with all of the equipment in the studio and how each piece of equipment affects the sound of the recorded audio. He must be an expert on different types of microphones -- compressor, dynamic, ribbon, et cetera -- as well as every type of electric guitar, amplifier and microphone pre-amp. If the drummer says he wants the cymbals to sound sweeter, then the engineer must know to hang a ribbon microphone from the ceiling [source: YouTube].

A good recording engineer also must learn to work fast. The engineer must never be an obstacle to the creative process. If an artist gets a new idea for a vocal and the engineer isn't ready to record, then people are going to get frustrated. Even though an engineer's work can be incredibly complicated -- juggling several different crucial tasks at once -- it should never be the focus of the recording session. The focus should always be on the client.

So how exactly do you break into this exciting career? Keep reading to find out.

Recording engineers need an appreciation for all sorts of music. In the studio, Danny Marroquin, recording engineer for Capitol Records, left, and David Sears, senior director of education programs for the Grammy Foundation, right, record a jazz session.
© John Sciulli/WireImage for The Recording Academy/Getty Images

Becoming a recording engineer is a combination of natural talent, education, experience and good old-fashioned luck.

To be a successful recording engineer, you need to start with a deep appreciation for music, preferably a wide variety of music. Recording engineers are the kind of people who can spend hours listening to music, dissecting the beats, vocals and techniques that make one song a hit and another a flop. Many recording engineers are musicians themselves, either professionally or in their spare time. Experience -- both listening to and playing a lot of different styles of music -- is the best kind of training for your ear.

Next, you need to familiarize yourself with the basic studio equipment and computer programs used by all recording engineers. There are several different ways to do that. One way is to enroll in a college or university that offers a specialized degree program in recording arts or audio engineering. Most of these programs require a year of full-time classes resulting in an associate's degree. The advantage of a degree program is that you'll get lots of hands-on experience with the same tools you'll be using in the studio, plus you'll benefit from the expertise of your instructors and mentors.

Whether you get a degree in audio engineering or not, the most important thing is to get experience. In the past, recording and mixing equipment was way too expensive for the average person to buy for their home. A control console alone cost upwards of $700,000 [source: YouTube]. Now, with powerful digital systems like Pro Tools, you can set up a near-professional-quality studio in your home for a few thousand dollars. The key is to spend as much time as possible recording, editing and mixing every type of audio you can get your hands on.

The job market for recording engineers is very competitive. Few people can graduate from a program and go straight into a job as a full-time engineer. A common route is to work your way up as an intern or assistant engineer. Interns might be asked to handle some of the office administrative duties in addition to help setting up and taking down the equipment for a recording session. Assistant engineers spend all their time in the studio alongside the main recording engineer, available if the engineer needs last-minute adjustments in the studio or help working with the client.

Most of all, a successful recording engineer needs to be a lifelong learner. They must always stay abreast of the latest technical innovations and recording techniques. The sound of popular music changes quickly, and the best recording engineers know how to produce that signature sound across genres and musical styles.

For lots more information about sound editing, audio production and related topics, cick on the links on the next page. 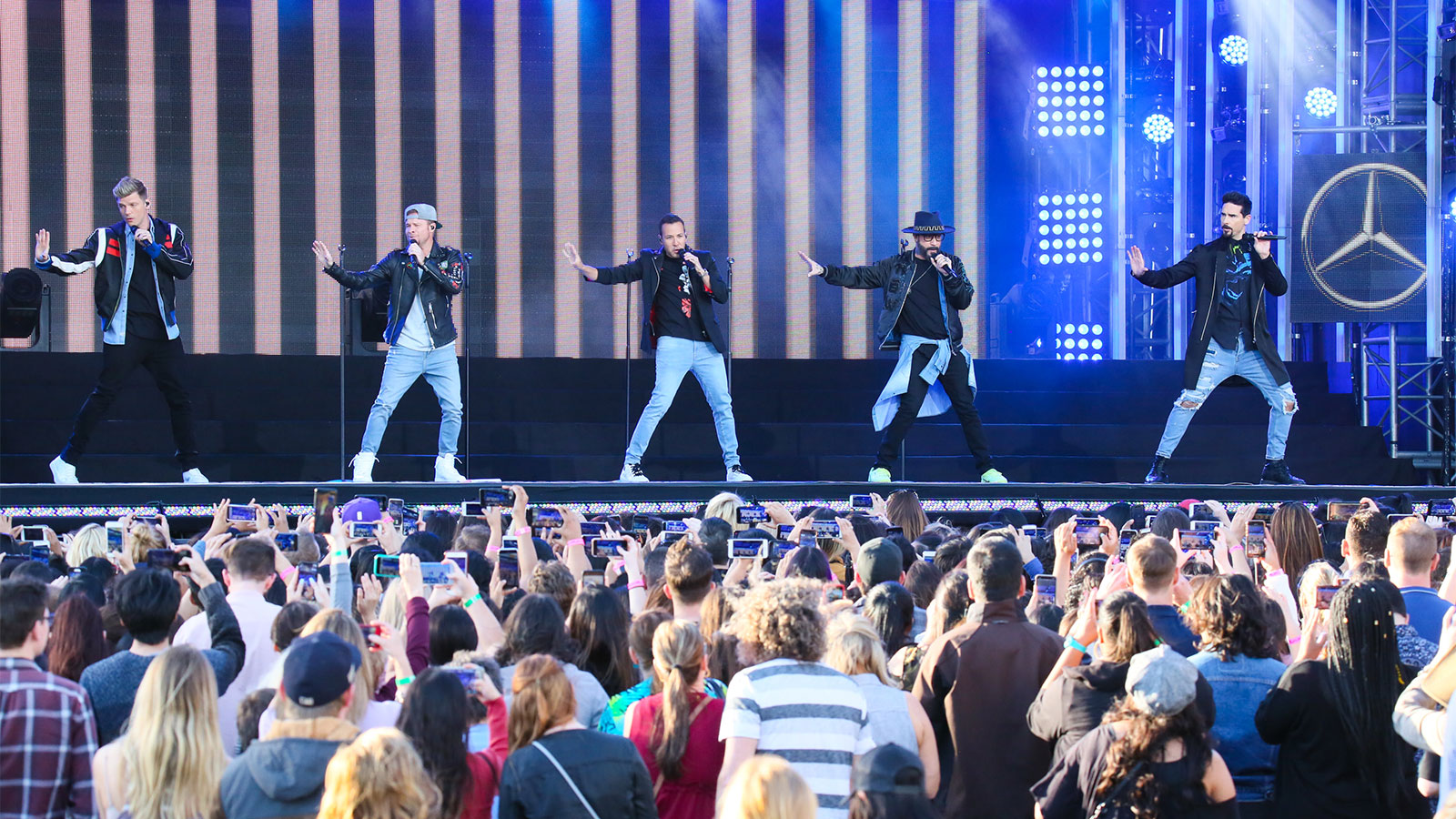 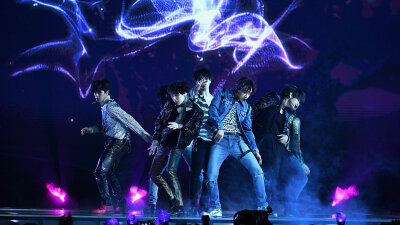 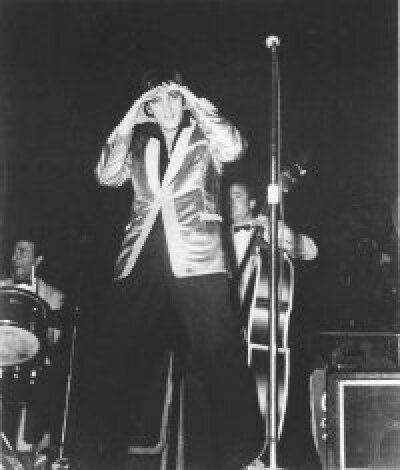 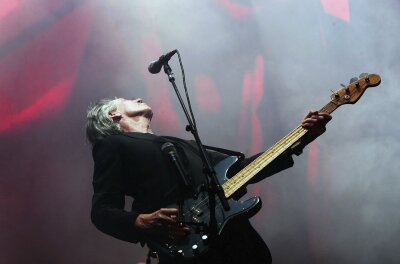