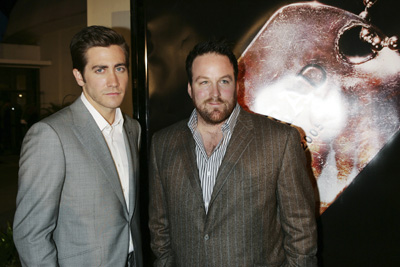 After 175 days of boredom and waiting, Marine Pvt. Anthony Swofford faces his first moment in combat during a pivotal scene in the movie "Jarhead" (2005). As his group is hit with a barrage of artillery fire, everyone ducks -- except Swofford, played by Jake Gyllenhaal. Caught in the moment, Swofford stands up and the camera closes in. A distant explosion is followed by silence.

That's where director Sam Mendes would have ended the scene. But film editor Walter Murch had a different idea, which Mendes accepted: Particles of sand and dust from the explosion hit Gyllenhall's face, and, instead of silence, the audience hears the soft sound that these tiny bits make against his face.

The goal was to bring viewers into the scene by making them feel what the character felt on the battlefield, says Murch, an established feature film editor and three-time Oscar winner. And the tiniest sounds, like grains of sand hitting, can convey a greater sense of silence than silence itself [sources: National Public Radio and Internet Movie Database].

But solid film editing even works without sound. Consider "Battleship Potemkin" (1925), a classic silent movie directed by Sergei Eisenstein and known for its Odessa Steps scene. Citizens join the ship's crew in protest, which leads to a riot on the steps to the harbor. Troops quell the riot, slaying innocent bystanders.

With careful editing, Eisenstein makes the scene more personal by cutting back and forth between the violence, shots of marching boots, individual townspeople begging the soldiers to stop and, most unforgettably, the death of a young mother that leaves her baby's carriage bumping unattended down the long flight of steps [source: IMDB].

This is the movie editor's world, where miles of footage need to be turned into a fast-moving, coherent movie that will bring sound and sight together artfully to convey the director's vision.

What does a film editor actually do? What skills does he need? And how does someone become a film editor? Keep reading to find out.